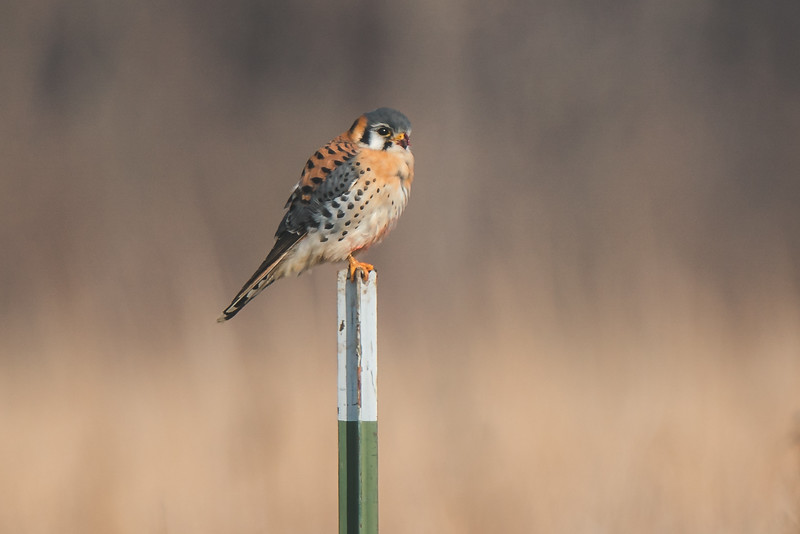 Getting Lucky With An American Kestrel

When I started my walk yesterday at Prophetstown State Park there was nothing special about the day. The skies seemed to still be stuck in permacloud, and the birds were not out. I made a couple of photos that I liked before heading to my car. As I came to the fork in the trail where I would head to my car I decided to walk a little more. That idea paid off as I ran into this American Kestrel that was eating a meal on a stake in the ground. I made some photos from farther away, but the heat waves even on this cold day were interfering with my photo. It was close to the trail that I was on so I kept walking and I would stop and make photos of it every once in a while. I ended up even with it, and it did not seem alarmed by me. I made my photos before moving on. This is a bird that I rarely see let alone get this close to. It was a good idea to walk a little farther. 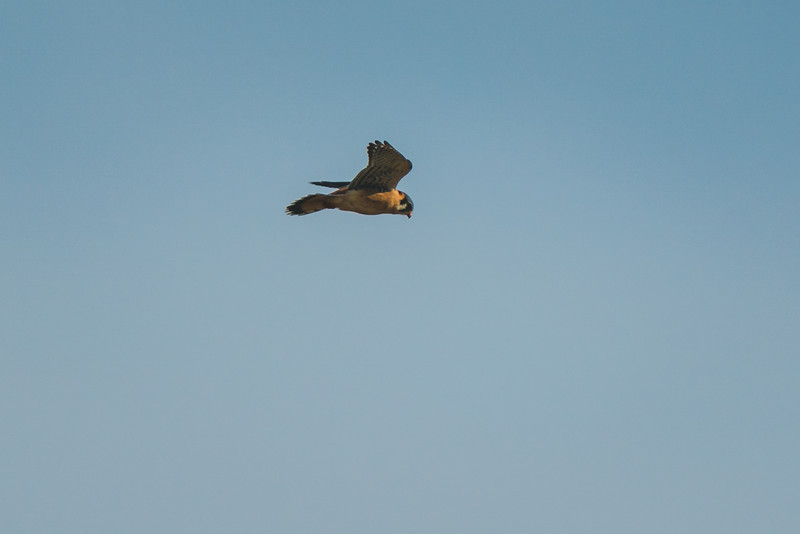 As I was leaving the park I spotted a kestrel flying alongside of me. Actually it was trying unsuccessfully to fly into the wind. One great thing about using the 200-600mm lens is that it is next to me in the car as opposed to being in the back of the car. I grabbed my camera and made one last set of photos of this bird. 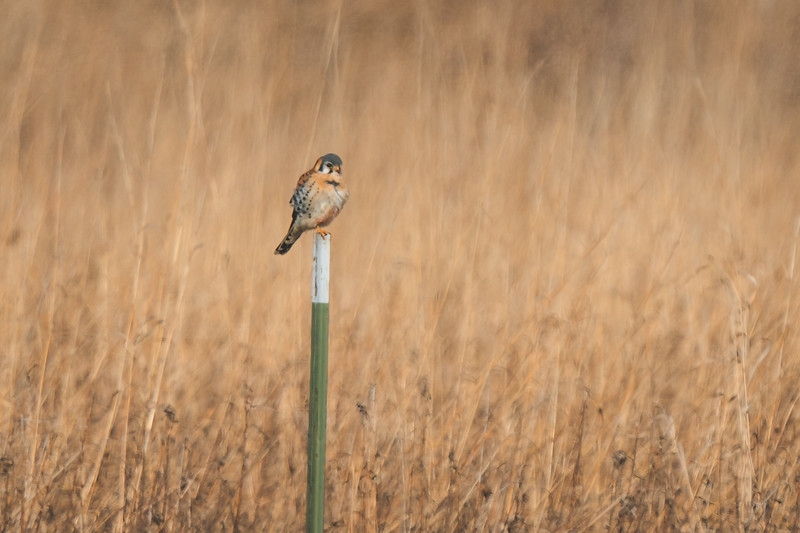 Birds And Man Made Objects

Some photographers would not have made any of these photos. They will not photograph a bird on a man made object. I do not prefer it, but when the opportunity presents itself I will make the photo. At some point we are documenting these birds as they navigate through their life. If we leave out all of the man made objects then we are missing part of the story. How they interact with us. Here I thought that it made good use of something that we put there for his own gain. There was not another perch within sight that it could have used. I like to think that we both made the best out of this situation.

4 Replies to “An American Kestrel At Prophetstown State Park”