I used to spend a lot of time in the West Side gym watching my nephew play basketball. Since he left I don’t have as good of a reason to go back there. I do enjoy watching West Side play though. At some level things never change too much. The faces change, but the style of play stays the same. It was nice to finally get back into the gym again.

This is something that I remembered from my time in the gym a few years ago. The student section lines up to give the players a huge tunnel to run through. I wanted to try and capture this a few different ways. 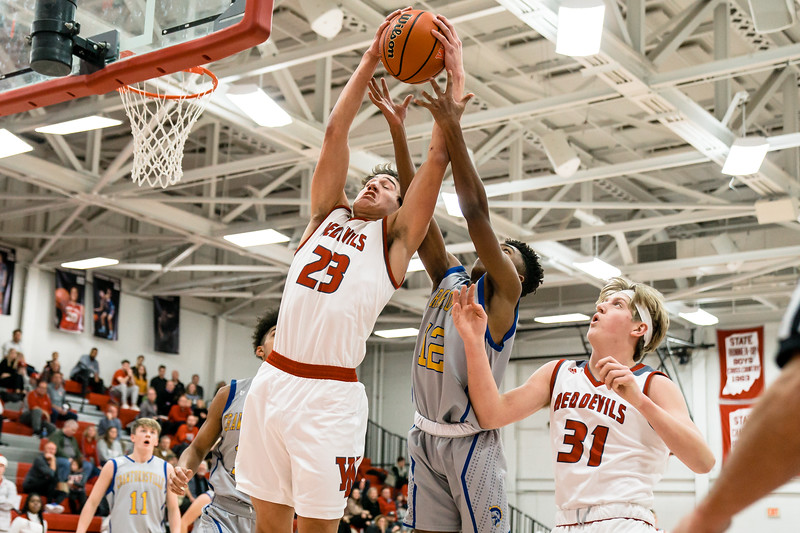 This year I have photographed a Karlaftis playing football for Purdue. The first of what I hope are many great years for the Boilers. I did see his brother play football for West Side early in the season. Just before this game I saw their sister play basketball as well. During the nightcap I was finally able to see Yanni play basketball. He played about like I thought that he would. He was a force just like his brother and sister are on the court. They have a drive that is fun to watch. During a time out in the game I started to think about how physical and amazing their driveway basketball games had to be in that house.

I only stayed for the first half of this game. My plan was to just get out and photograph one game to keep the rust from building up. After watching the first half though I thought that the second half would be pretty good too. I figured more basketball could wait for another day though. You can see my full gallery from the game here.