One of my favorite games each year is the t-shirt game that Purdue sports puts on. The stadium just looks so cool with the design that is laid out. The fans are finally into it as well, and they actually put their shirts on so that it looks as it should. This is a fun game because your backgrounds are different. The photos from this game usually end up in my stadium countdown at the end of the year. Because of how the games fell I have two t-shirt games to choose from in 2019 for my list. 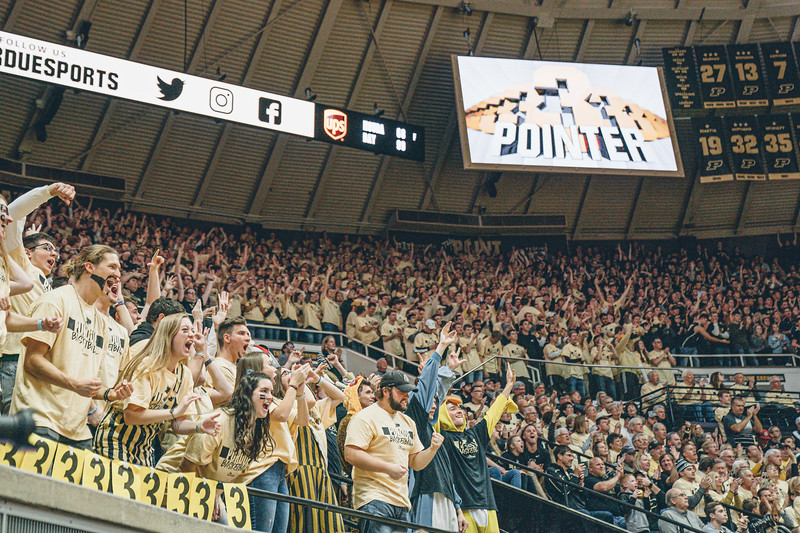 The best part about this game (other than clubbing the defending National Champion) was the fans. They were into the game from the moment they came into the arena. It was so loud. I didn’t really look at the court much in the first half, but from the fans I could tell that things were going really well for Purdue. I would hear cheering when we were on defense followed by roars on offense. At one point I saw a tweet saying that they had reached 116db. That is amazing. I love big games in Mackey. 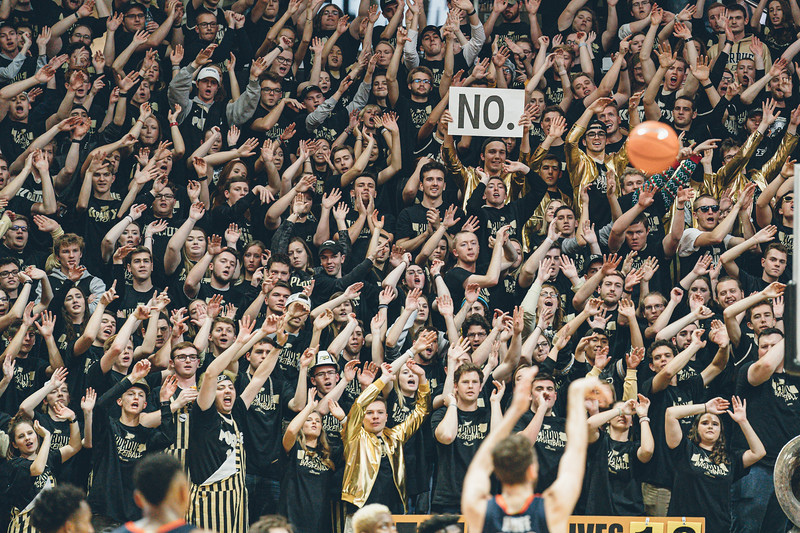 This was a fun game to be a part of because I was part of the Purdue sports team. My job was not so much action, but rather the other aspects of the game day. You can see our full gallery here.