Getting To Mackey Arena After A Long Day

Saturday night I capped off a great day by making some photos inside of Mackey Arena. I really didn’t have to be there, but why not? I love making photos there so I want to try and make as many games as I can. I didn’t quite make the start, but I was able to see about three-quarters of the game. By the time that I showed up Purdue had taken a big lead already. They kept the foot on the gas and cruised to an easy victory.

This has been a pretty good test this weekend on this camera. I have enjoyed making photos with it, but as I have beat into the ground I hate the extra step in processing them. Sunday I photograph the Purdue women’s team, and it will be with both of my A9’s because I can turn the photos around quicker. Someday I will upgrade to this camera, but without any Adobe support that will be down the road. 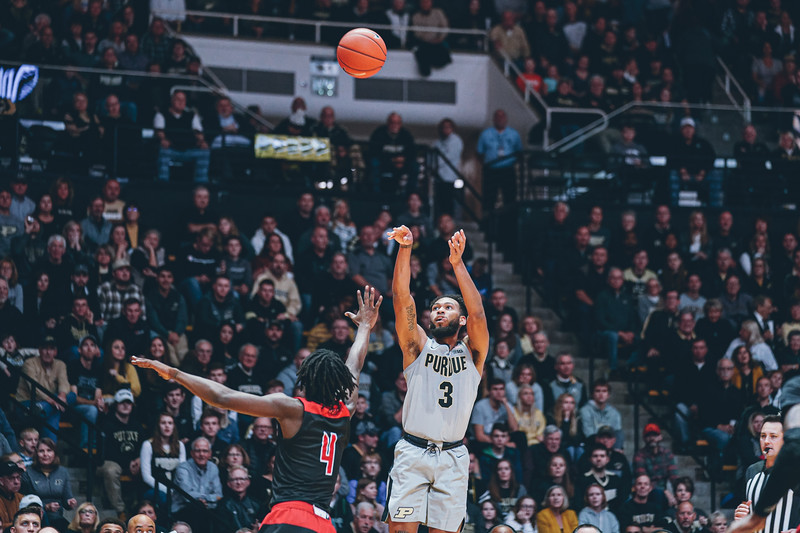 This week was sort of slow, and then I photographed four different sports in the span of 24 hours from Friday night into Saturday. That made for a great end of my week in photos. You can see my favorite photos from last week here.

Getting The Dunk Photo

For some reason this season I have not gotten the good dunk photo that I have been looking for. Here I had a lot of things that I liked. You had the player making a good face and the players in the background enjoying the moment. It took a good play and a lot of luck for this photo to happen, but the play worked in my favor.