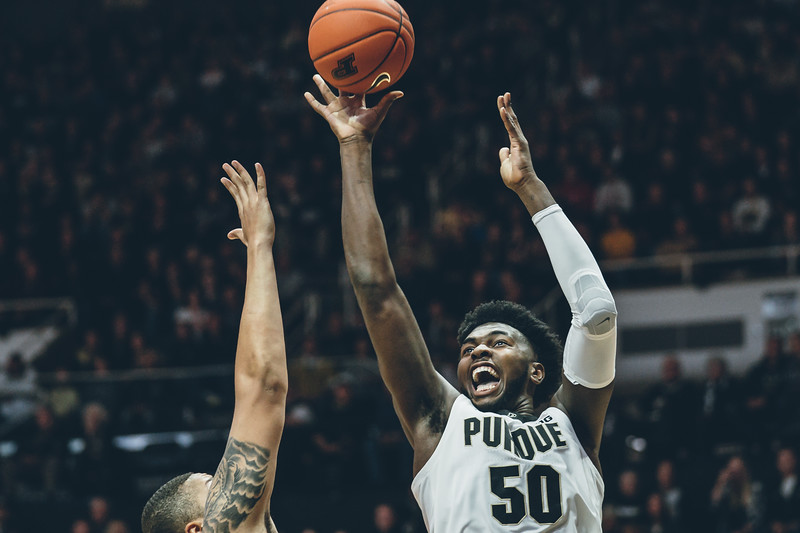 It was great to be back in Mackey Arena again. Mackey is a great place to watch a game, and also a great place to make photos of a game. My first basketball game of the year was an exhibition. Normally those are ho-hum for me, but this one was a sold out exhibition. You can tell just how hungry the Boilermaker fans are for basketball when they sell out an exhibition. There were times when it got loud last night, but it was only a taste of how loud Mackey will be in the coming months. I debated going to the game at all since I have a packed weekend. Knowing that I will be photographing for the opponents the next three times that I am in Mackey convinced me to go and sit on the Purdue side for a game. I am glad that I went. 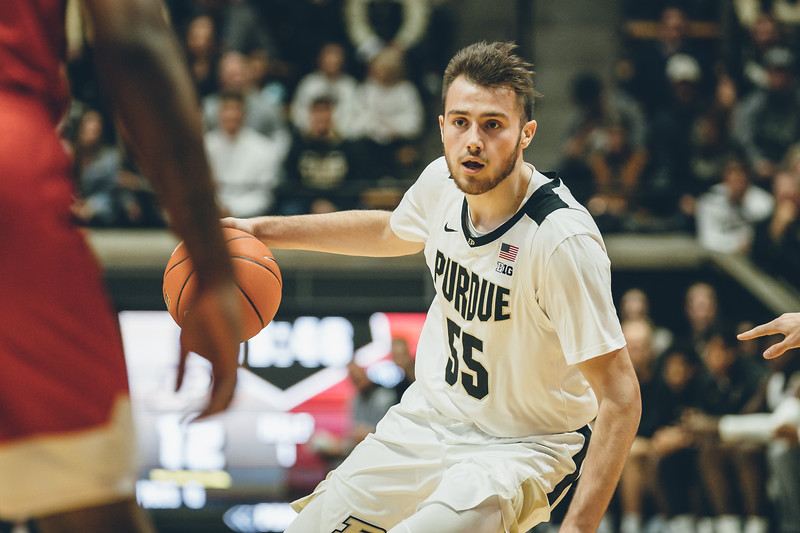 This is the part where most people check out, but some may benefit so here we go. To start the game I had my 70-200mm lens on one of my Sony A9’s. My other camera was my Sony A7RIV with the Sony 24-105mm lens on it. I quickly realized that the A7RIV just seemed slow for basketball. By the second half I had switched to the other Sony A9 this time playing around and putting my Rokinon 85mm f/1.4 on it. I think that for future basketball games I will just have two A9’s court side for the action. The A7RIV will be amazing for stadium photos though.

So I had a bonehead move last night. At some point when taking my A9 with the 70-200mm lens to the court I bumped my custom button that turns on the Super 35mm mode on the camera. During the first half I kept thinking that I must have been sitting too close to the basket for the 70-200. I was in a spot that I don’t normally sit so it made sense. With about a minute to go in the half I realized what was happening and I hit the custom button to set the camera back. With the 1.5x crop mode on I was basically using a 105-300mm lens for the first half. Early in the season I like to photograph too tight just to hone my skills, but this was kind of crazy. I made some photos that I liked though so it all turned out good. This is a button that I just need to get in the habit of checking though from here on out. Lesson learned.