On Thursday I saw a bird forecast for the first time. It was calling for a lot of migrating birds in the area. They were correct. From the moment that I walked out into the woods I was seeing birds. These people at least for the one day that I knew about them had a great day. You can see where the data comes from here. 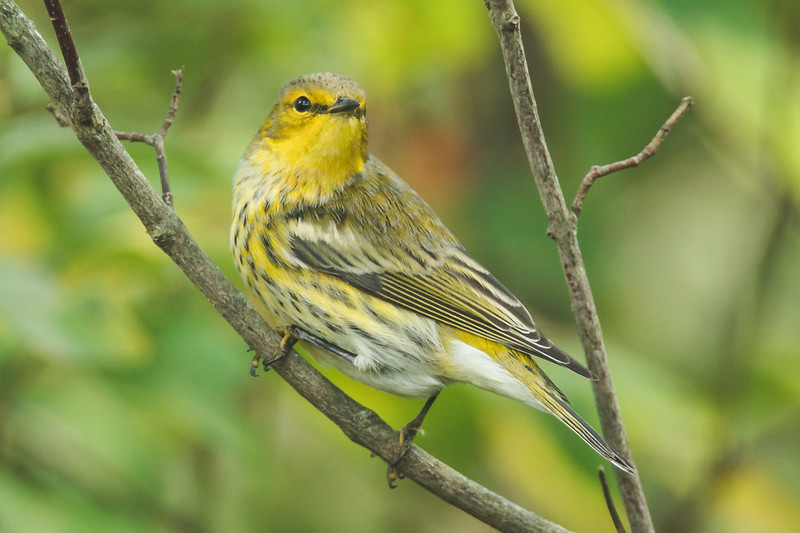 The Cape May Warbler

This is a bird that I have really only photographed way up in the tree. I was going to leave the bog, and I decided to do my one more pass trick. I always used to see something on that pass. For my entire way through the woods I really did not see much. All of the birds were in the treetops, and that is not great for photography. I decided to take the bike path back to my car. It was then that I saw this Cape May Warbler. I made a few photos of it in the shade while waiting for the sun to come back out. Before that could happen a lawn mower came screaming down the edge of the path moving all of the birds out including this one. It was cool while it lasted though. 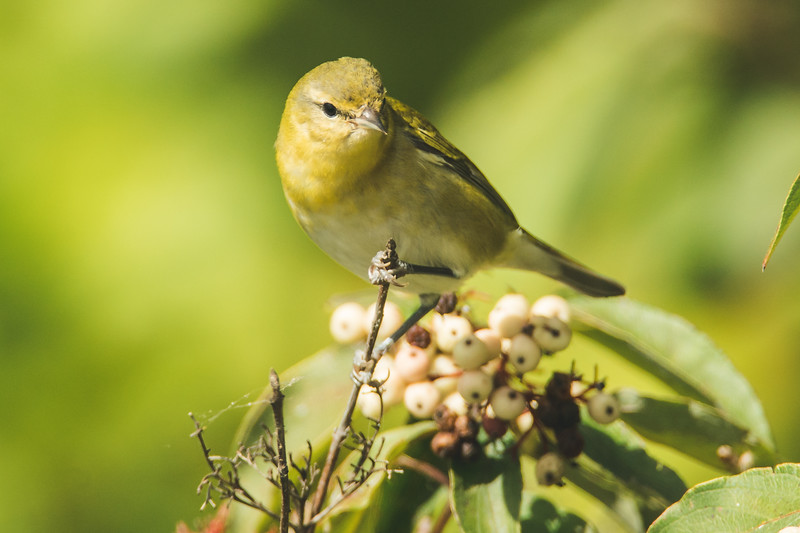 This is a bird that I have some decent photos of, but not this close. While on the back observation deck making pictures out into the water I heard the woods come alive behind me. The chickadees brought the warblers over for a pass. I had some very close looks at some of the birds including this one.

Early in my day I saw this young cedar waxwing hanging out with the warblers. It looked so much unlike an adult cedar waxwing that it threw me off for a while. A few tell tale signs were visible when I saw the photo on my computer, but in the field I had no idea what I was looking at here.

I love using the Super 35mm mode on my Sony cameras. It makes these larger files much smaller when I know that I am going to have a big crop. One thing that I don’t like though is when I forget to turn it off. That has happened a few times this week when I have been super surprised by a set of birds. It is nice because I am super tight on them, but it would be easier to find them if I had gone back to my full frame view.