Starting Off The Game Early

I say it a lot on here, but I love photographing pregame. You get some chances to see the players a little more off guard. I can get a little closer than I can during the game as well. Before this game I wanted to make a couple of photos of the special helmet that the team was wearing. During drills is a great time to do that.

Out In The Parking Lot

Before I even made it into the stadium I was already making photos. I had my camera out making some of one of the cradle of quarterbacks, Dale Samuels, signing some autographs. Not too far away from here on my way into the stadium I found a young fan all excited for his first game of the year. It always feels good to make a few photos before you are even supposed to be starting.

During the halftime show another photographer showed me that one of the members of the drum crew hopped up on the drum with the American flag. This was the salute to service game so I was looking for the flag all day long. With the Golduster dance team right in front of the drum a little luck could help make a photo. The flags turned just right to give me a photo that I really liked from the day.

During the game Purdue lost two key members of its offense. In fact they both went down on the same play. That is crazy to think about actually. I was behind the offense during the play keying in on the quarterback so I saw it all through my viewfinder. I was doing the same thing a few weeks ago when the quarterback took the hit that knocked him out for a couple of weeks. I think I may stop going for this picture. It is just bad luck to lose the top two contributors to your offense in one play. The team regrouped though, and they looked pretty good at the end of the game. 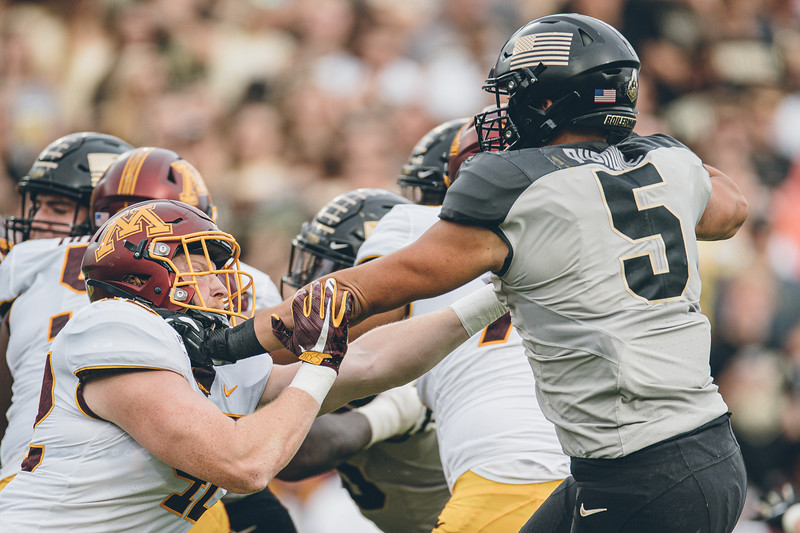 I like photos that leave a little to the imagination. George Karlaftis is a big man. There is no disputing that. Here though he looks even bigger than normal. I love it when things work out in my favor. 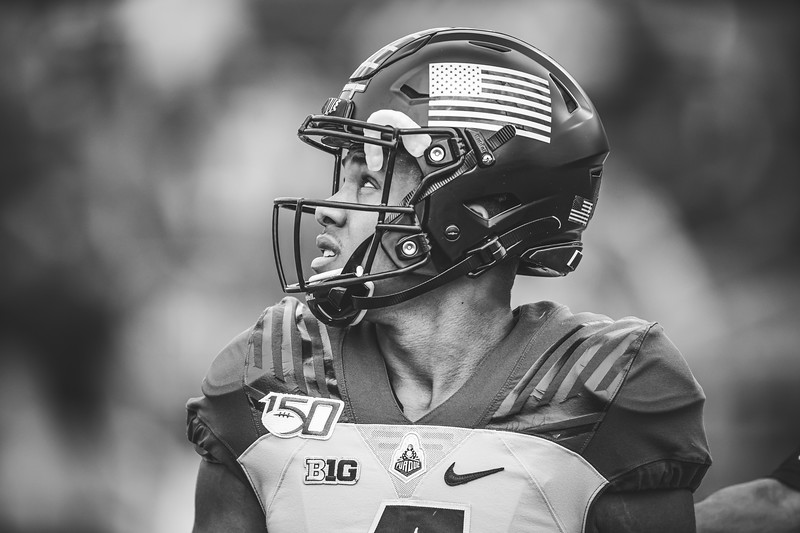 Photos From The Game

Here you can find the Purdue photo gallery from the game Saturday. It is always fun making photos with this group. They are extremely talented, and I think that it shows in the gallery. Take a look.

Last week was a week spent mostly using my long glass. I did get a new toy to play with though so I am sure that the Sony A7R IV will start showing up more and more in my galleries. Take a look at my favorite photos from last week here.