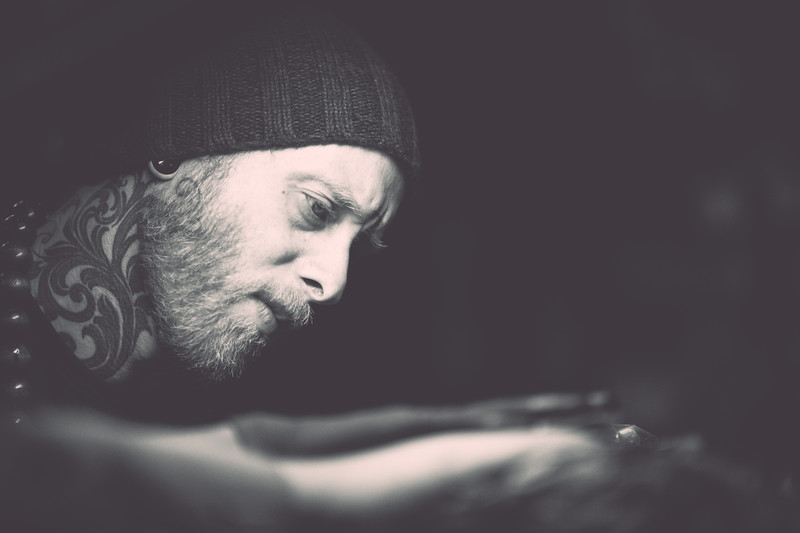 Watching A Master A The Evil Genius Tattoo Club

Yesterday I watched Eli (Black Arm Pirate) work his magic at the Evil Genius Tattoo Club. It was really awesome watching him take a bare patch of skin and turn it into art. At various points I thought that he was done, but he just kept adding on to the tattoo making it better. The art behind a tattoo is an amazing thing to me. I will probably never have one myself, but I love to make photos of those that do. During the Lafayette Brawlin’ Dolls photoshoot earlier this year I heard about Evil Genius so I knew that I would end up making some photos in there before the summer was over. Yesterday I was able to do just that.

This was a lens that I decided to have some fun with. After watching a lot of videos I realized that this lens was not that much different than the Sony version. I don’t have the custom buttons on the lens, but I wouldn’t be missing out on much beyond that. For the last week or so I have been having some fun testing this thing out. What I found was that I have just kept using it. It really helps me get the separation that I need from a background in some cases. I have never used a 85mm lens before other than a quick test of the Canon 85mm f/1.2. What I found is that I love this focal length. 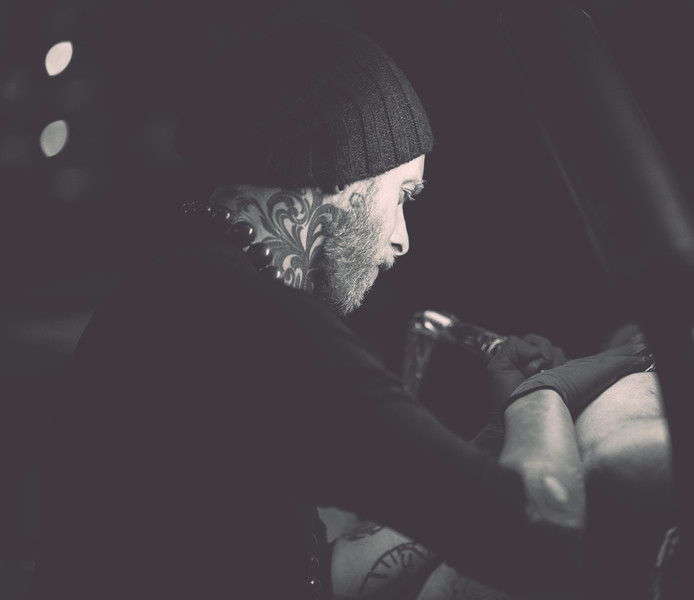 On October 5th I am leading a photowalk on the campus of Purdue University. The walk is very informal. It is just a chance for a bunch of photographers to get together to make some images. All skill levels are welcome. Bring whatever you make photos with. You can read more about the walk by going here. Some new and exciting news about the walk is that it now has a sponsor. Camera Outfitters is giving away an 8×10 print to every walker as well as a $25 dollar gift card to one lucky walker. Yesterday I added a $10 gift card to Kathie’s Kandies in downtown Lafayette. I am working on some other prizes for the walk as well.