Last night the Lafayette Aviators wore special jerseys commemorating the 50th anniversary of the first lunar landing by Neil Armstrong. I have to admit that I was not sold on these jerseys when I saw the announcement on Twitter. When I saw them in person though they made much more sense. That might be a great story about how you shouldn’t get all upset over a photo that you saw on Twitter.

This was a very fast Prospect League game. I went to two of the last three games, and this one was by far the fastest played. Friday night was more of a football score, and those can get long. The good news is that you have plenty of runs scored to make it seem like a quicker game. Here the runs were few and far between when I was there. 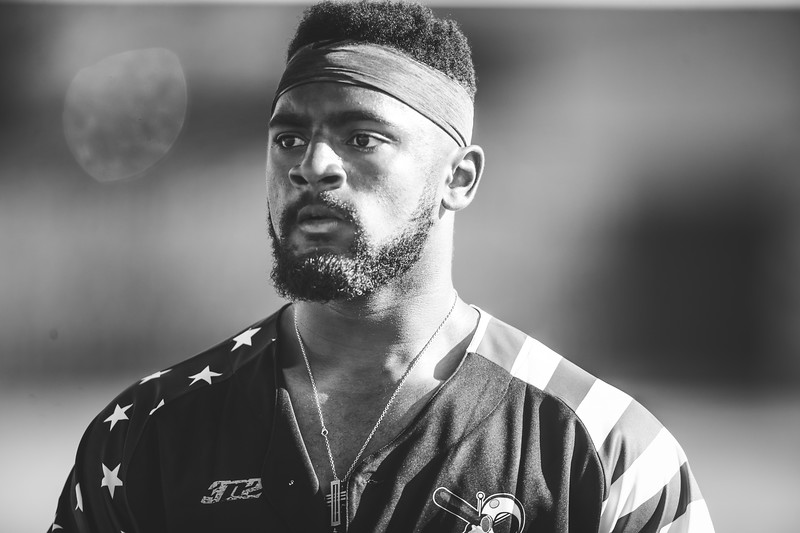 One of my favorite things to do pregame is to make some portraits. If you read the blog then you know that. It is a great time to get in tight and show the fans something that maybe they don’t get to see everyday. It is also a good way to get a few images that you like before the game even starts. Having a little confidence at first pitch is very important.

Late in the game I was on the third base side of the field waiting to see if the sky would light up. I would have already left the game, but it looked like there was a chance for another show in the sky. That did not happen, but while I was waiting I was having some fun panning. The pitcher for the Paints did not have a good motion for panning, but I figured it out and made a photo that I really liked.

Last night I saw a great catch in centerfield. Actually I did not see it as I was photographing it. I was lucky enough to track centerfielder Zach Schwartzenberger early on and through the catch. It is one of my favorite photos from this Aviator season so far. When you get an all out effort like this it always looks good through the lens.