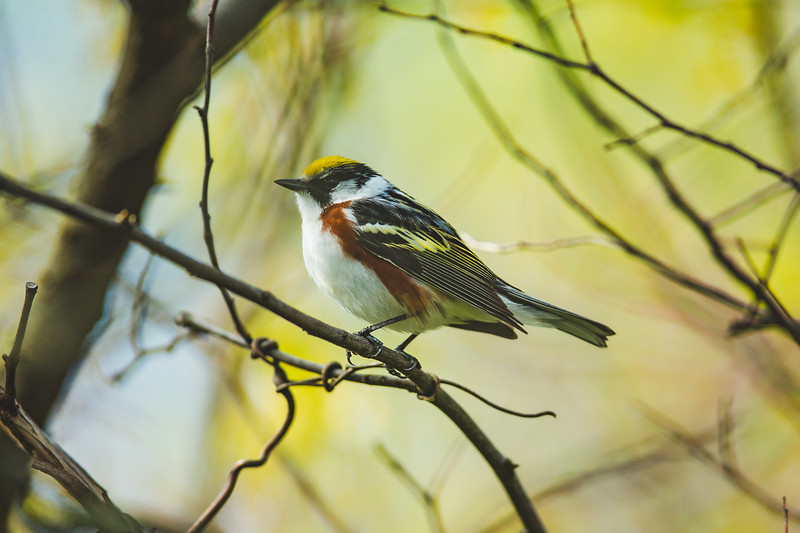 Stumbling Around The Celery Bog

This title could be taken two different ways. It could be about how I tend to step on the dry stick at the wrong time constantly at the Celery Bog alerting everything within a half mile that I am walking down the path. It could also refer to the fact that sometimes I stumble upon an amazing spot. Wednesday at the bog that was the case. I kept running into people in hammocks or hunting mushrooms illegally at the beginning of my walk. I did not see a bird for the first part of the walk. I had decided to just walk around the bend, and then head back to the car. With so many people in the woods birding was just not going to happen. It was then that I stumbled on the spot. I didn’t move more than 50 feet in the next two hours. Birds were coming to me. I saw five birds in that spot that I had never seen before. I went from being ready to leave to trying to keep an eye on the time so that I could see my daughter play soccer in the afternoon. What a lucky break I found.

I really think that luck plays a huge part in all of my photography. I have to be ready when I get lucky, but I also feel that I get lucky quite a bit. The photo of the marsh wren above is an example of that luck. I was standing by the edge of the water not doing so well. I saw a hawk land about a hundred yards ahead of me, and I knew that it would flush some birds my way. One of those birds was this marsh wren. It is not commonly seen at the bog so I was excited that I had found one. I made a bad picture of it on a branch just to prove that I saw it. Then I waited forty minutes or so until it found a perch worth photographing it on. I was lucky to be in that place at that time. I was also lucky that it found this perch. My stubbornness in not moving led to the luck paying off with a photo.