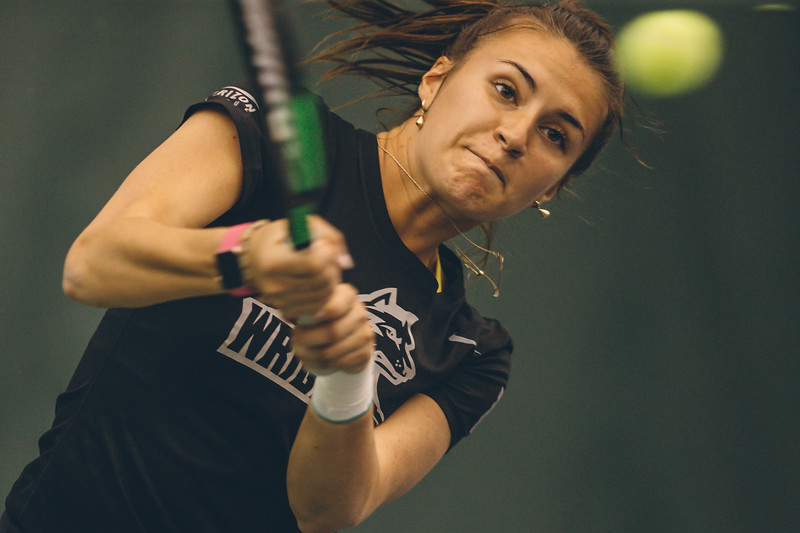 Part of the fun of the way that the doubles system works is that I can get right up on one court with my 400mm lens and have enough to get the court next to it. With only three courts in action this is a good method to get some shots right off the bat. On the near court I usually just go for jube because it is so close. As Saturday went on though I started getting brave and trying to get action. I really like the results when it works. You need a lot to go in your favor for it to work though.

Here is an example of just going for it at about 10 o’clock at night after being at the event all day. I already had my gallery, and I was just waiting for the celebration at the end to cap it off. While I was waiting I was trying to top some of my previous photos. Here everything worked in my favor. 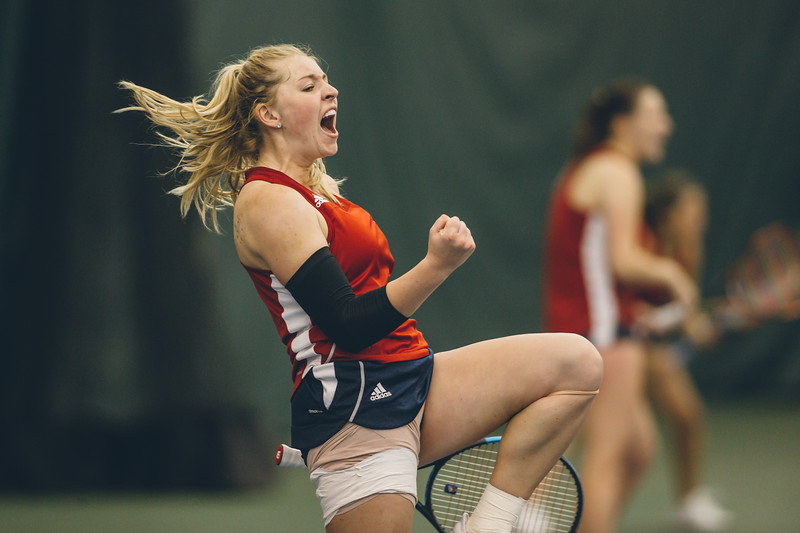 The Thrill of Victory

This is why I do what I do. With the doubles point on the line I knew that there would be some emotion. As the match was ending it kept ramping up and up. With the victory came this great photo. These are the moments that I love to get, and in a tournament atmosphere they seemed to come much more than a normal match. I was at the courts for about 14 hours on Saturday, but photos like this one kept me sane and kept me motivated to get back out there and do it again. You can see more of my photos from a fun weekend here in my week in photos post on Exposure.