This was my first time photographing the Crossroads Classic. Heck it was the first time I have been to the event. I have been when it was called the Wooden Tradition, but that has been years ago. In fact it was 2005 and Purdue played Xavier in that game. I had seats about as high up as you could get in the arena. It is funny how things change. The next time I am shooting the event I am courtside. A lot has changed since that game in 2005. 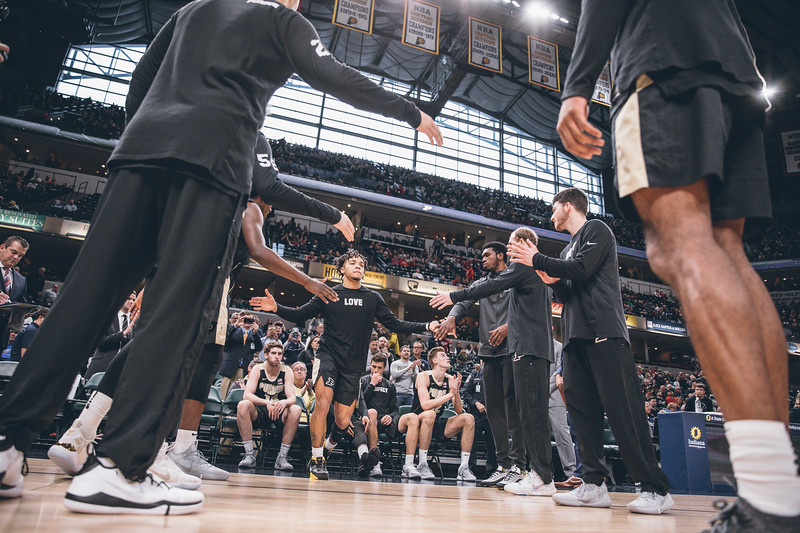 Man is Carsen Edwards good. He seems like he can just score at will. He is so good that I think his team just expects him to score all the time. He is a special player though. This year so far I have covered Rondale Moore, and now Edwards. You won’t find many better athletes than those two. I am pretty lucky to do what I do.

I don’t keep stats nor have I seen them from the game, but at one point Saturday Trevion Williams took over the game. He was getting rebounds, deflections, and scoring points. He had the crowd and the bench for Purdue going. It was fun to see him have some success. It also makes me see that this season could be pretty good when some of these guys realize that they can have some success.

Last week I did not make many keepers during the week. I used some of my rare spare time to gamble on some raptors. When you gamble sometimes you lose. That is what I did. I did not come away with many photos from my gambles, but when the gambles pay off it makes it all worthwhile. Of course this weekend was spent photographing basketball. It is a shorter gallery, but still a fun one. You can view it here.

Putting It All Together

The shot above is one that I had in mind when I started my day. I don’t like to previsiualize much in sports photography, but some sense of place photos I do. I wanted a shot with everything that said the Crossroads Classic in one photo. This one that I made early on was just that photo. Of course laster on I made the dunk shot that leads off the post. I had a camera set up on the ground that was making wide photos as I was making my tighter shots with my 70-200mm lens. With this photo in the can at the half I switched the lens from my 24-70mm to a wider 17-40mm to try and capture a little more. For some reason this shot stuck with me after I made it though. It is not my best shot of the day, but for some reason it is my favorite.