A Bluebird Day In The Cold

Whenever I have used the term bluebird day in the past it was usually on a cold day while skiing. On Tuesday though I was walking through the Celery Bog and I ran into a flock of eastern bluebirds. When I went out to the bog I did not know what to expect on the day. I knew that with some fresh snow/ice on the branches it could make for some good photos. I did not expect to travel so little, but make so many photos. Once again it was the Northern Flicker that called to me and stopped me in my tracks. I basically walked a few feet each way for the next couple of hours following the bluebirds as they moved from branch to branch. When I was done I was cold, and my fingers were very numb. I did make some photos that I liked though. 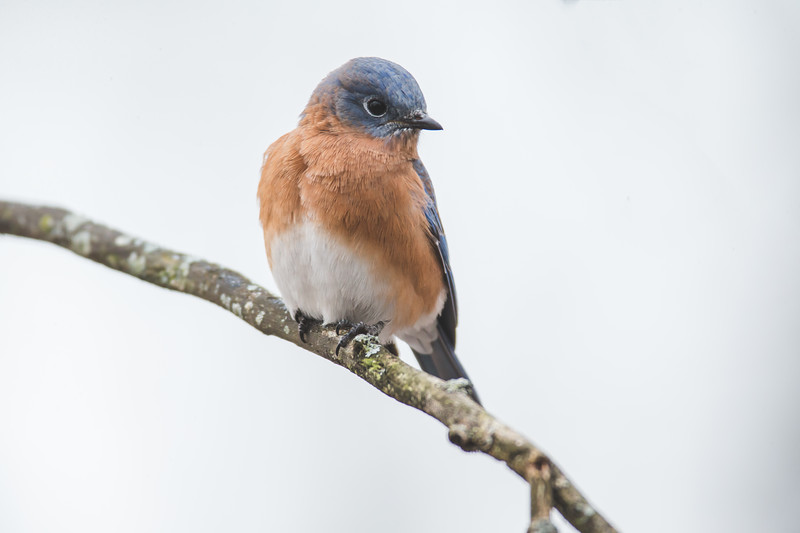 Go With The Flow

One thing that I have noticed at the Celery Bog is that you can’t have a plan. My plan Tuesday was to go the exact opposite way from what I did. I noise drew me a few feet down the path to the spot where I stayed for a while. With migrating birds all over there really are no hotspots right now. The hot spot from the same time the day before can be barren the next day. What you have to realize when you go out there is that you have to really go with the flow. Go where the birds take you. Once I got that through my head I started getting much better results from my trips out to the bog.

My Canon 2x teleconverter (doubler) really is a nifty little toy to have. It takes my 600mm lens and makes it a 1200mm lens. I go from f/4 to f/8 though which really is not the best when photographing birds. It can work though, and it helped me make some nice photos on the day. The one other thing that it does though is it makes my autofocus slow as can be. In fact when I know I am making it travel a long distance I will grab the ring and move it myself. Sometimes I find myself just manually focusing as it is faster. To have 1200mm in the woods though that is a minor complaint. The next game that I shoot in the snow or heavy rain I will probably be glad that I had the practice autofocusing on the fly.

2 Replies to “A Bluebird Day At The Celery Bog”