The Red Devils Are Rolling!

This season I have followed the West Lafayette season on social media. Every Friday night I have gone on Instagram to see what their photographer has captured. I wish that I could photograph more high school football, but this year that just wan’t in the cards. For the last two weeks though I have been able to see West Lafayette play in person. What I can tell you from that experience is that the sky is the limit for that team. They really are something else. They are powerful on both sides of the ball. It will take a really good team to knock them off. They play in Fort Wayne next weekend and without a child playing I can’t see making the drive to shoot for free. I will be on social during the night though seeing just what the team is up to. They are one win away from state, and that has to be a good feeling. 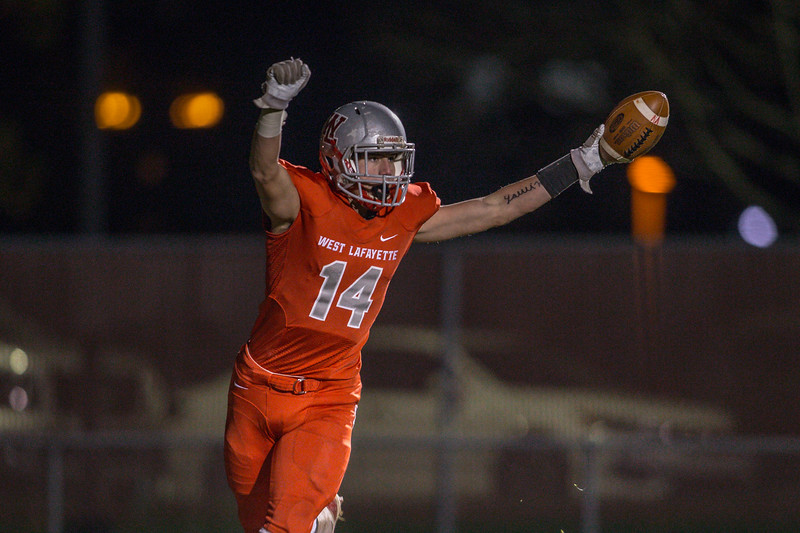 Shooting In The Dark

With so many lights out at Straley Field it really is like shooting in the dark at times. The light is low and uneven. I just have been shooting for the bright parts of the field and correcting the other pictures. It takes a little longer in the editing process, but what else can you do. I would rather recover data by shooting too dark than try and recover blown out highlights only to find out that there is not data there.

After the game I made a point to try and make a photo of former Purdue football coach Darrell Hazell and his son. From what I was told at the time I have Darrell himself to thank for my first sideline pass. He liked a photo that I made enough to ask the school to get it for the team. He is now coaching wide receivers for the Minnesota Vikings. It was nice to see that he could make it back on a bye week to see his son play. A regional win has to be nice as well. 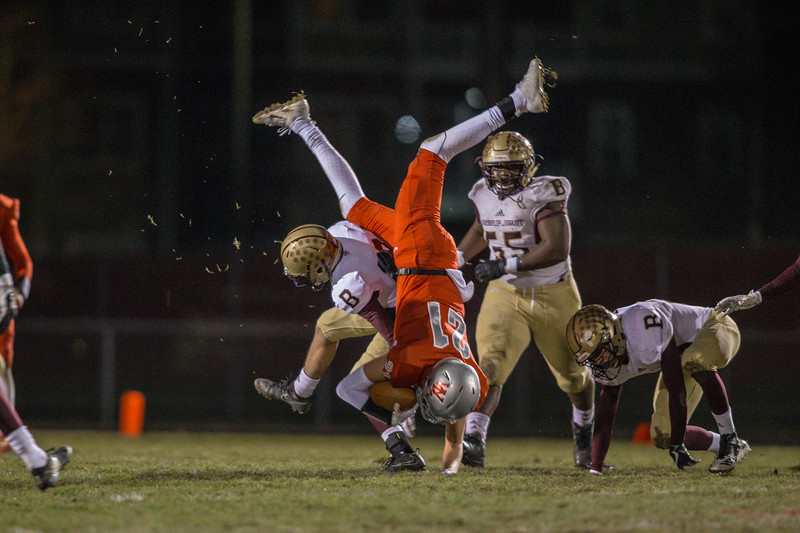 This was another fun week making pictures. I was able to shoot high school football and roller derby again. I also got some swimming in for the first time this year. It is hard to believe that I went into November without a swim meet. You can see my favorite photos from last week here on my Exposure site. Don’t worry there are even a few bird photos in the gallery as well.