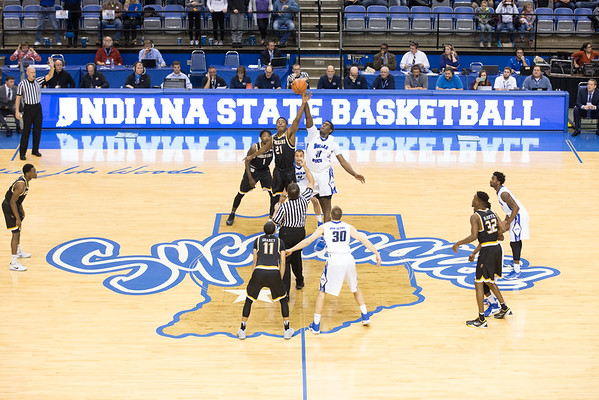 The Sycamores Play the Shockers to Start the MVC Conference Season

Last night I was in Terre Haute for the final time this year to cover the Indiana State Sycamores taking on the Wichita State Shockers. This was a very good game where Indiana State had chances late to take the lead in. In the end Wichita State was just too much for ISU to handle. The MVC Conference season has started though, and it will be interesting to see just how things shake out in conference play for the Sycamores. They have a team that is fun to watch, and they can make some noise if they play the right way.

Back Overhead For Another Try

Last night I set up my Canon 5D Mark III with my Canon 300mm f/4 on it over the basketball again. For some reason the remote only fired during the first half of the game. The Pocket Wizard just shut off at sometime during halftime. It had a fresh set of batteries in it, and it said it had full power. Something freak happened to shut it down during the half. That is too bad as ISU shoots at the hoop I had it over during the second half. I did make one photo that I liked during that time though.

Moving Off to the Side

I also put my new Canon 70-200mm f/4  lens with the Canon 7D on it off to the side to get a fresh angle on half court. I wanted something a little more graphic from this angle with the center court logo. I set up the Pocket Wizard so it would only fire on Channel D so I could choose when I fired this center court remote. Next game I may do this same thing, but have the shutter speed slow enough that the players running by are blurred.

The Last Sporting Event of the Year

I don’t know how many sporting events I shot this past year, but it was quite a few. This has been a great year for me with many new relationships built. At this point I don’t know exactly how next year will play out, but I do know that a couple of those relationships will really shape the year for me. I have been looking back at the 2016 year in some top 16 posts throughout the year. A few more of those will post in the next few days. It is hard to believe that 2017 will top 2016. As I have said before though the fun will be in trying to top it. 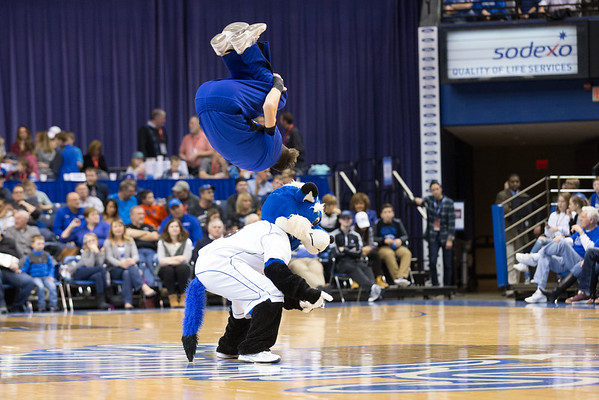 Normally I have a good system for how this blog operates. I usually write the posts the night before and schedule them to go out at 9:27 in the morning. Throughout this holiday season I have scheduled a few days out at a time to spend time with family. For the next few days that will be the case again. Of course things like getting Thor made is so that I would alter the schedule a little to allow for a new post. Barring anything like that I will not have to write for a few days. This is a good time to take a break.