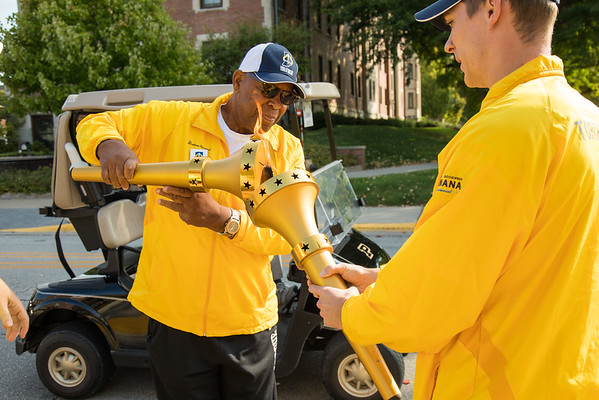 Yesterday the kids were at school and the Indiana Bicentennial Torch was making its way around our county. I decided to head down to campus to capture a bit of it. It is not everyday you get to photograph a torch going through your town, and I didn’t want to wait 200 years to do it again. There were a couple of stories and ideas that I was going through on my way to campus. I wanted a shot of Coach Versyp from the Purdue Women’s Basketball team running in front of the portion of Mackey that said Purdue. I also wanted a couple of close ups of her with the torch, but there were plenty of people capturing that. I moved to where they weren’t to make my photo. I also had the idea of the old guard at Purdue passing the torch to the new group. Leroy Keyes is as close to Purdue royalty as they come. Josh Hembrough is a distinguished recent athlete on the Track and Field side. I wanted a shot of the handoff there, and I got much more as Leroy used his torch to light Josh’s torch. I then quickly moved to Northwestern Avenue to make a photo of Josh running down the street. It all happened very quickly, but I was happy with what I made.

The Photos of the Week

Last week was full of great football moments. I have compiled some of my favorite shots of the week into one Exposure post here. This coming week will cover a little more ground, but it should be a good one too. I love going through my pictures every Sunday night to make the post. It is a great way to go over what worked, and what did not. I think that my photography has gotten much better since I started doing this.

Here are a few bonus photos from the morning. I wished that I could have made more photos around campus, but this was the time that I had available to shoot. It worked out well though as I made some photos that I really liked. Here are a few of them. 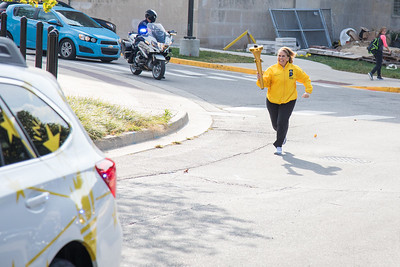 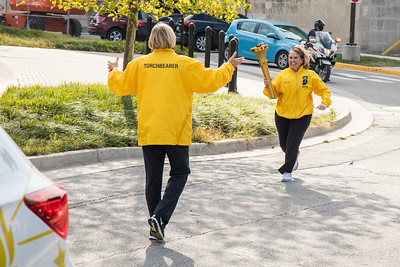 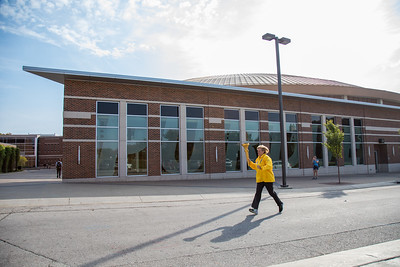 One Reply to “The Indiana Bicentennial Torch Runs Through Purdue”