West Lafayette and Harrison Battle to a Scoreless Tie

Last night I was back at the ‘House of Clouse’ to see the battle between West Side and Harrison. These two schools play soccer just a couple of miles away from each other so it is a battle they both want to win badly. After what I saw last week I thought that I was in for another goal show from Harrison. What I was treated to was a very hard fought battle where both sides would not give up. It was a physical game, and that made for some great photos. With no scores though the jube was not there. 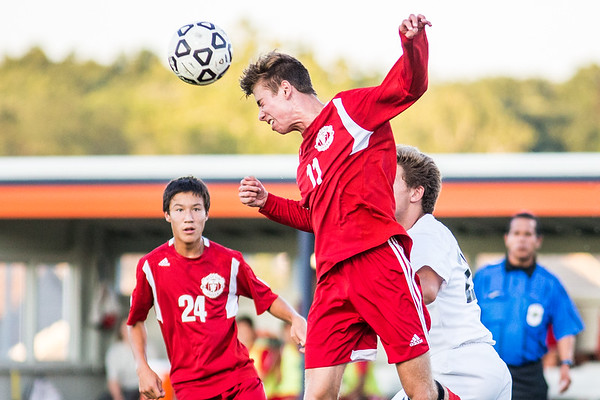 Last night I took my new Canon 300mm lens out for a test drive. I bought the lens with sports like volleyball and wrestling in mind. I liked the idea of a small lens that would be easy to move around with. I usually shoot both of those at f/4 or higher anyway so I was confident that this was the lens for me. Because I don’t have any patience I took the lens to the soccer game last night to give it a test. Overall I was happy with the lens. For some reason it seemed a little slow to me as far as focus is concerned. At the time I was testing it though the light was crazy so that may have something to do with that. I will find out for sure tomorrow as I have a lot of volleyball to cover. If you want to see how quick a lens is volleyball is the sport to try it out on.

I have placed a few photos that liked from the game here in my SmugMug album. The photos are free to download. I only ask that you link to me if you post them on social media.