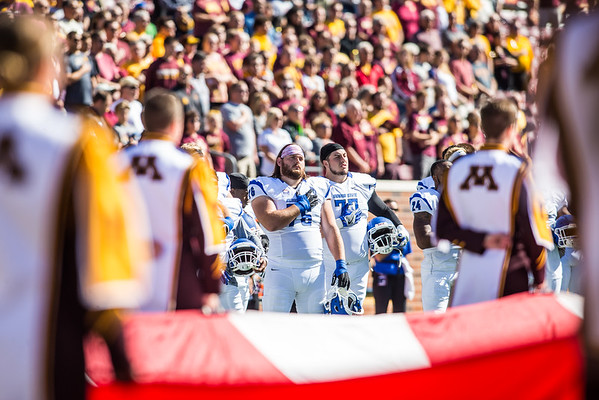 Honoring All of the Heroes on 9/11

It is hard to believe that it has been fifteen years since that horrible Tuesday in September. I remember sitting at the table eating breakfast that day watching the events unfolding. I never finished that breakfast, but I did not leave that seat for quite some time. It was not easy to comprehend at the time just what was going on. Initially they thought that this was the beginning of something much bigger. It seemed like for a moment everything just stopped that morning. Now here we are fifteen years later, and the list of heroes that have passed has grown larger. The building took a tool on those that made it out as well. I just wanted to take a minute to say thank you to all of those who run into a building while everyone else is running out of it.

Yesterday on my trip to Minnesota I had a couple of items that I wanted to check off. One of those was to get a shot of the team running out of the tunnel. I knew that after I made the shot I would have to hustle back across the field to be able to follow the captains out onto the field. I only made it to a few steps away from where this photo was made before the National Anthem started to play. I paused while it was playing. I saw this shot though, and I moved over in order to make it. As I photographer I always struggle with making photos during the anthem. I know that I am not facing the flag when I am doing it, but I look at it like I am preserving that moment forever. This ended up being one of my favorite photos from yesterday.

On the bus ride from the stadium to the airport I put together an Exposure page documenting the two day trip from Terre Haute to Minneapolis that you can find here. This is a project that I have been trying to do for a while now, and I have run into a lot of roadblocks of many forms in getting to do it. I loved seeing the prep work that Indiana State did for this game. The best moment of all though might have been Coach Sanford talking to his team after the game. It was a great speech that made me want to put a helmet on at Southeast Missouri State next weekend. I really would love to do this again if the schedules would allow it.