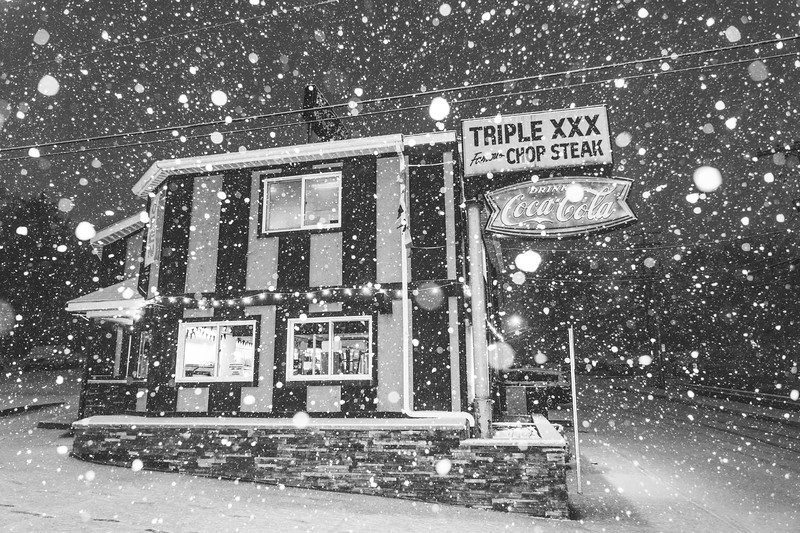 I woke up way too early yesterday morning to make some snokeh photos on campus. I knew that it would start snowing around four in the morning so I wanted to make sure that I was up there when it started. When I was up on campus my phone said that it should have been snowing. In fact it said that we were in heavy snow. I could see nothing. I decided to get out of the car and just start walking. I was rewarded with a nice heavy snow. I made a walk around campus and then finished my night at Triple XXX. The snow was getting light after this part of my night so I went home to try and get a small nap in. 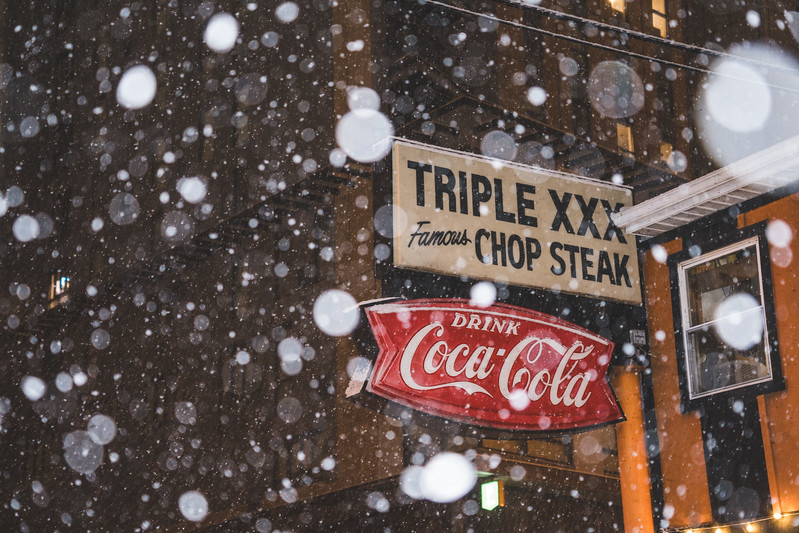 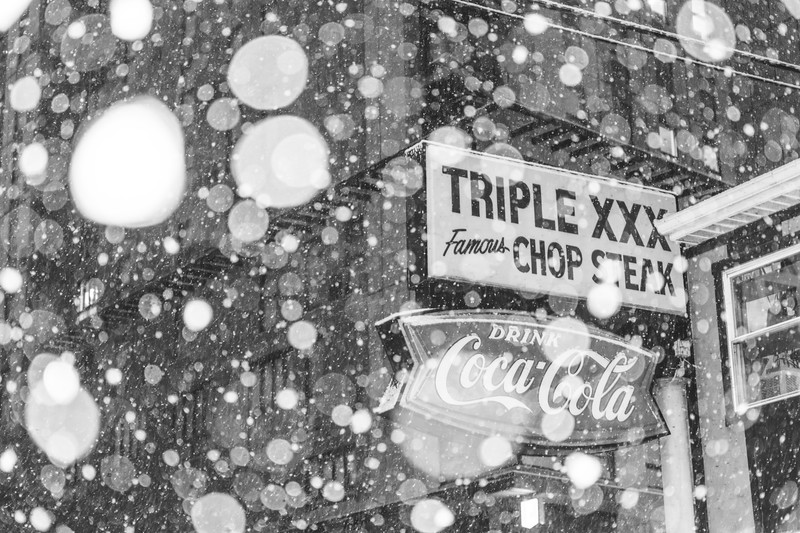 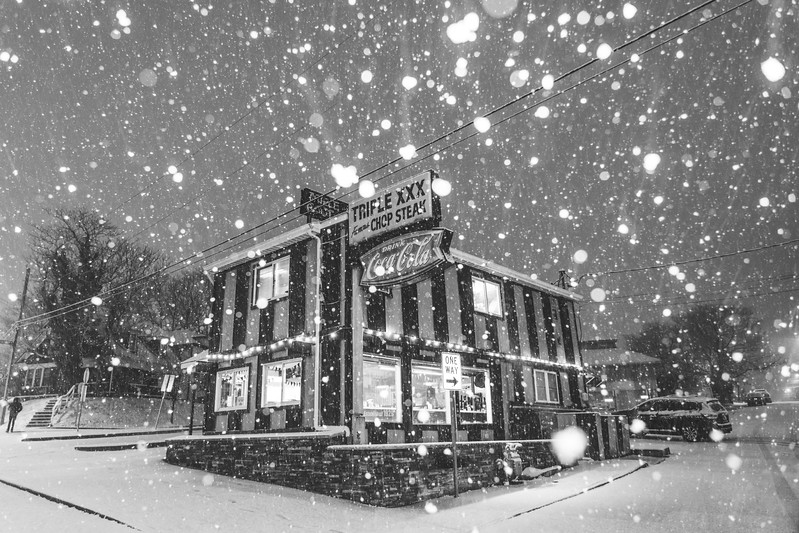 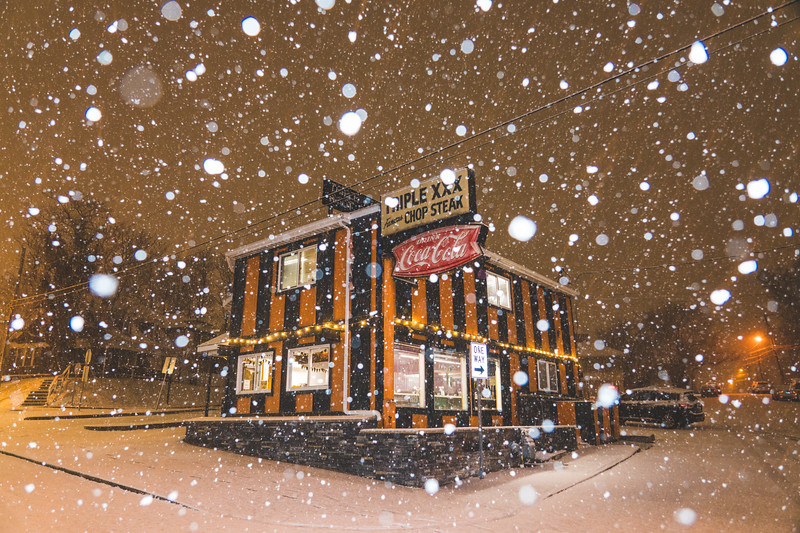 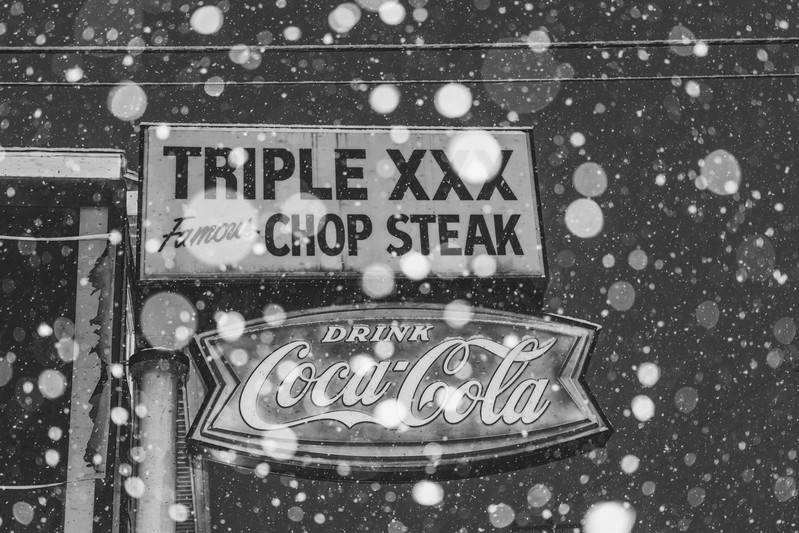