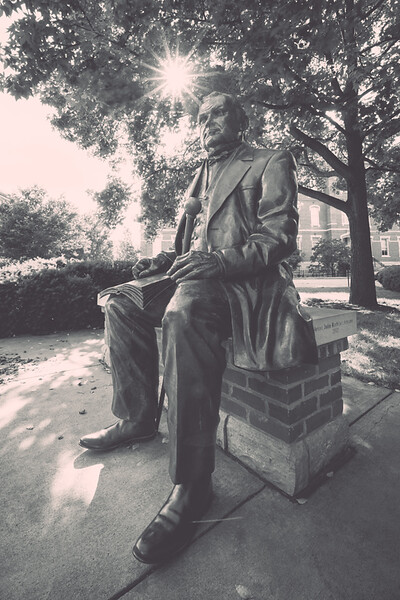 Having Some Fun With John

A couple of weeks ago I was at the John Purdue statue on campus waiting for the light to hit somewhere else. As the tree moved in the wind though I caught a glimpse of the starburst poking through. I had a little fun trying to time my photo for just the right time for it to appear in the video. I am glad that I was able to make the photo in my mind. While writing this post I was thinking that this would be a great place to make an infrared photo or to. The trees would turn white and let John pop in the photo. I am sure that you will see some form of that photo in the near future.

This is the one statue that I have no real photos of with the sun or moon around it on campus. The way that it is positioned makes direct sun hard to come by. Here I was able to find a way to get the sun into the photo a little bit. Using the 12-24mm lens gave me a little different photo than I was used to making here. The fun part of the summer is having a little extra time at the major landmarks on campus to make photos.