This past Saturday I was lucky enough to see some great games at the Harrison softball semi state. I showed up a little early for the first game for Harrison to catch the end of a no-hitter thrown by the Penn pitcher. I only saw a half inning of the game, but it was the third no-hitter that I have seen this season. The first softball no-hitter. After that I saw two great games by the Harrison team. In both of those games they used clutch hits to win both of their games and advance to the state finals this weekend. The lucky thing for me is that the finals are held right here in West Lafayette at Bittinger Stadium. This year I didn’t get too many chances to make photos at Bittinger so it would be nice to have another chance here in June. As I write this I have a good feeling that I will get a pass, but you never know. 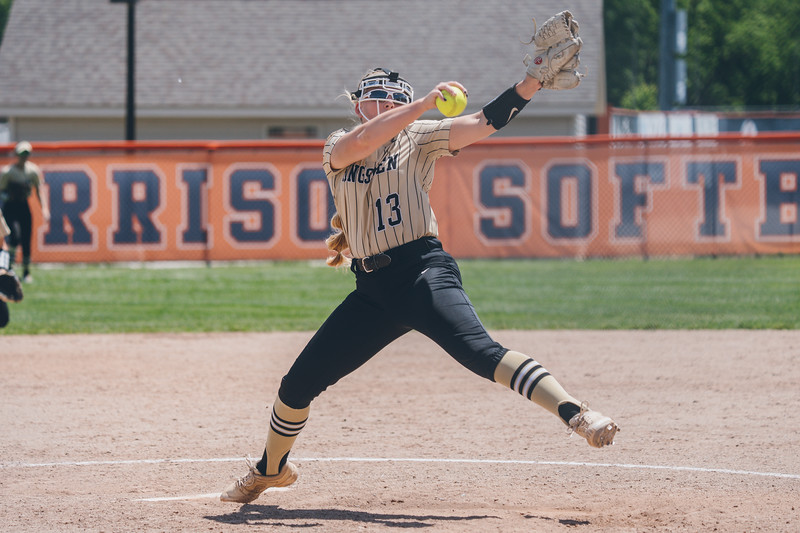 More Photos From The Tournament

I put together galleries from both games for Harrison. You can find the Columbia City gallery here, and the Penn gallery here. After mainly just making softball photos of my kids this year it was nice to get out and make some photos with a gallery in mind. Making photos of my kids is great, but I love the idea of building a gallery during a game. A gallery with the Raiders holding a trophy this weekend would be amazing. This year I had very good intentions of making a few Harrison softball games. Scheduling conflicts kept getting in the way. I am glad that they made this deep run in the tournament so that I could make a few games. If you are only going to make three all year these are not bad games to get to.