Purdue Defeats Illinois State In Game One Of Two Sunday

Sunday afternoon was a perfect day for baseball. That was a good thing because the Boilers played two against Illinois State. The Redbirds are a tough team, and I had this weekend circled for a while now as a good test for this Purdue club. In game one they really controlled the game from the first inning to win easily 9-2. This was a good bounce back win after suffering the first loss of the season. 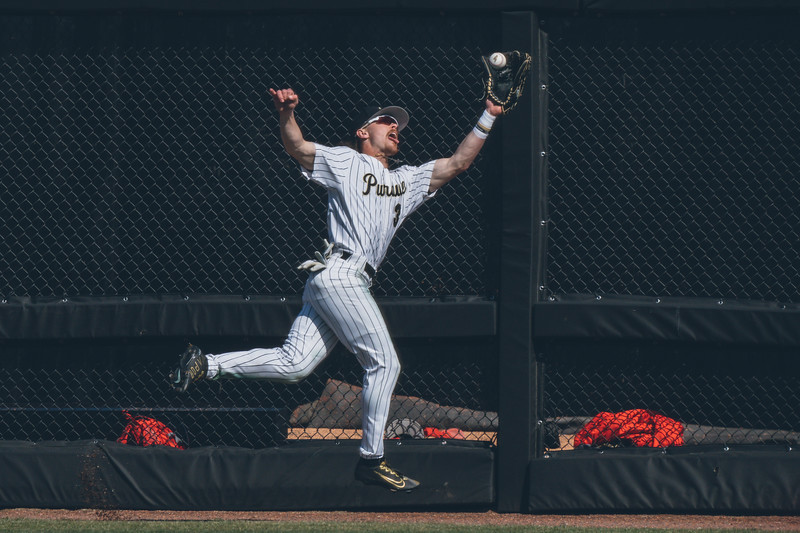 Both games featured great defensive plays for the Boilers. One of the best was this catch by Tanner Haston in the ninth inning of game one. He went a long way to get the ball before catching it and crashing into the fence. 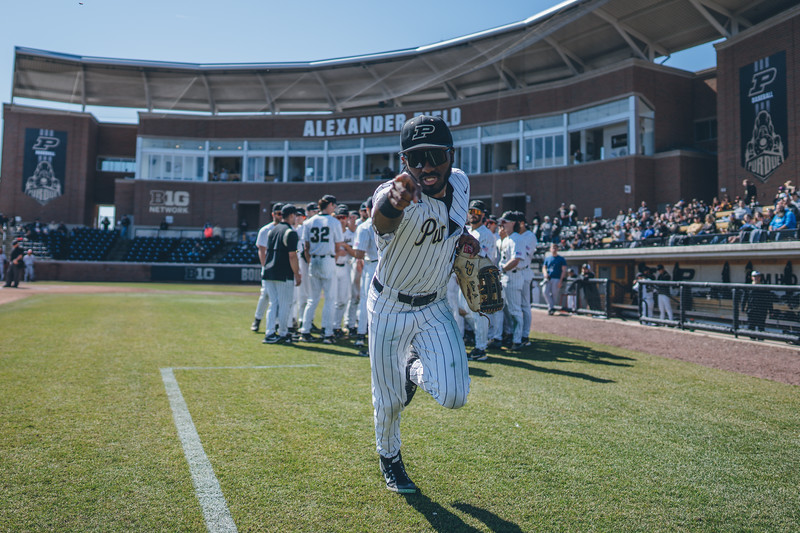 Before the start of the game I was not going to photograph the team running out onto the field. I didn’t know what I could do differently than I have done before. I decided to play around a little, and of course the first photo that I made was my favorite. These little moments are what make it fun to head out to the park.

Wyatt Wendall came out in game one and kept Illinois State at bay. He struck out ten in six plus innings of work. One thing that I didn’t know much about before the start of the season was how the pitching was going to shake out. Early on this rotation looks really good.

One of my first photos of the day was the team huddled around Evan Albrecht with smiles on their faces. Nineteen innings later it ended the same way, but in the outfield.

This Illinois State team has familiar faces all around it. This is a good coaching staff that was part of the group that helped take Purdue back to the NCAA Tournament a couple of years ago. It was great to see some of the faces again on Sunday. In between games I loved hearing fans and family of the Purdue program saying hello as well. This team is one big family, and you can see it on days like Sunday.

Man this is a fun team to watch. I said it during fall ball, and I still believe it. They play a brand of baseball that is very exciting. You can see my photos from both ends of this doubleheader below

As I write this they play a midweek against Northern Illinois tomorrow and a three game series to open Big Ten play at home this weekend. If you are in town get down to Alexander for some great baseball. These boys are playing very well right now, and they deserve your support.