You could not pick a better March day for baseball than yesterday. For the time of year it was phenomenal. Purdue added to that beautiful day by getting win number 14 on the season. With the Duke win over Virginia yesterday Purdue became the last undefeated team in the country. Say what you will it is hard to win 14 games in a row over anyone. It will be fun to see just how far this steak can go. Dayton comes to town tomorrow night so we don’t have to wait too long for the next game. A home and home series with Illinois State will be a great test for this team on the weekend as well. 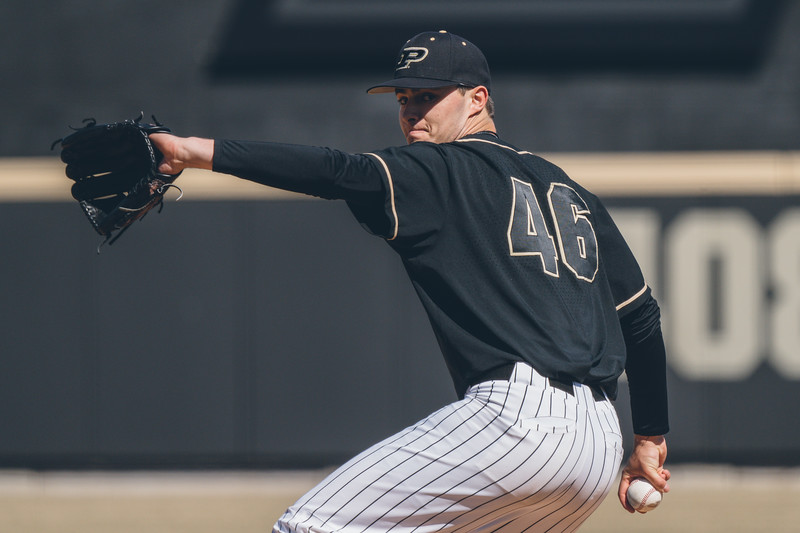 The starting pitcher for Purdue was Wyatt Wendall. His dad was one of the most memorable Cubs from the 90’s because of his superstitious nature. Being thought of as superstitious in baseball is really something else as it might be the sport that is driven by superstition the most. He was fun to watch pitch though. His son had a solid start in his Alexander debut.

A Ball That Is Carrying…

Cam Thompson hit an absolute blast in the 3rd inning yesterday. It was the first home run of the season at Alexander. Cam is one of those guys that every team needs. He gets on base however he can. He started his day off by getting hit by a pitch, and then hit one out in his next at bat. 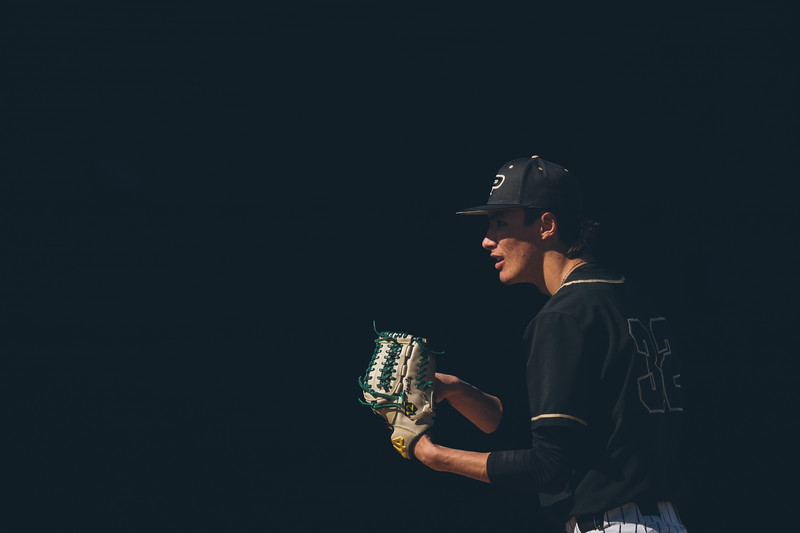 CJ Backer came in after Wendall and just started fanning guys. I had not seen him play before this, and all that I knew was that he worked quickly. With most pitchers especially when I am seeing them for the first time I try and find the best parts of their wind up to photograph. I would look at my photos, and the next pitch was already starting. He does have a very photographable motion though so I will have to speed up my game next time he pitches.

Just Get On Base

Mike Bolton is another guy who just gets on base. As a lead off hitter that is what the team wants him to do, and so far this season he has done just that. Once he does get on base the game gets much more exciting. He changes everything with his speed. The top of this order is so much fun to watch right now. They are doing all of the things that you need to do to win, and the record shows that.

If you follow this blog then you know that I like to have some fun with the flag during the anthem. With the new video boards at softball and baseball I think that I can have an entire season of fun with it. Softball only plays a dozen games at home, but with baseball I should have some fun over the course of the season with this. 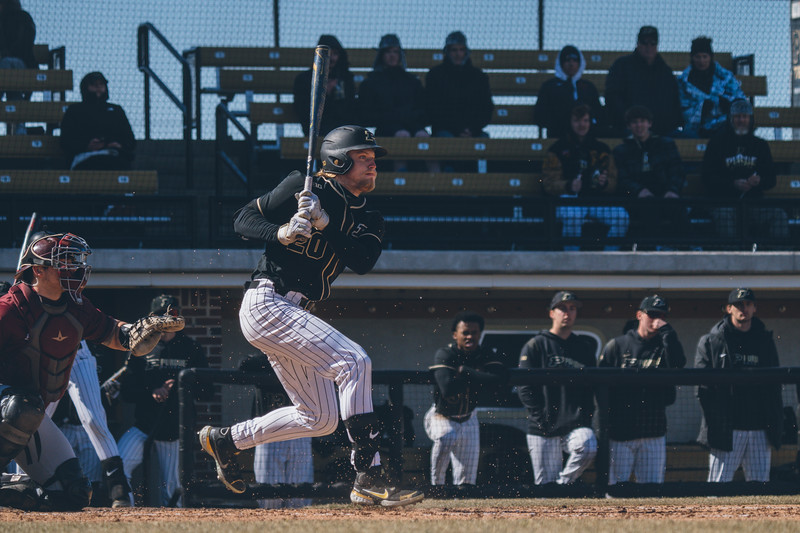 This Purdue team is fun to watch. They come home earlier than ever before and they are undefeated. Of course basketball is at the Big Ten tournament and that is where the eyes are right now. When that runs end I hope that there is enough time left in the season for people to realize what a cool product they have to watch on the diamond. There are a lot of good pieces here that should provide some great memories this season. I was the only photographer at the game, and to be honest I was just there for fun. It is hard to believe that no media or anyone had any interest in the team. That is one thing that I hope changes as the season goes on.

I was a little bummed out for a while that we lost a game of this series due to the weather. When you think about it though the team has never played at home so early before. It is a great thing that we even got to see them up close in the first place. If you put it into the perspective of what happened two years ago it makes me even more grateful. I was supposed to start my baseball season in Terre Haute on the 13th, but we all know what happened then. A lot has changed since then and my baseball photos are not in demand anymore. I still love to make them though, and my plan is to make as many as I can this year. Wrapping things up with the team that I got my first pass with just seems fitting. 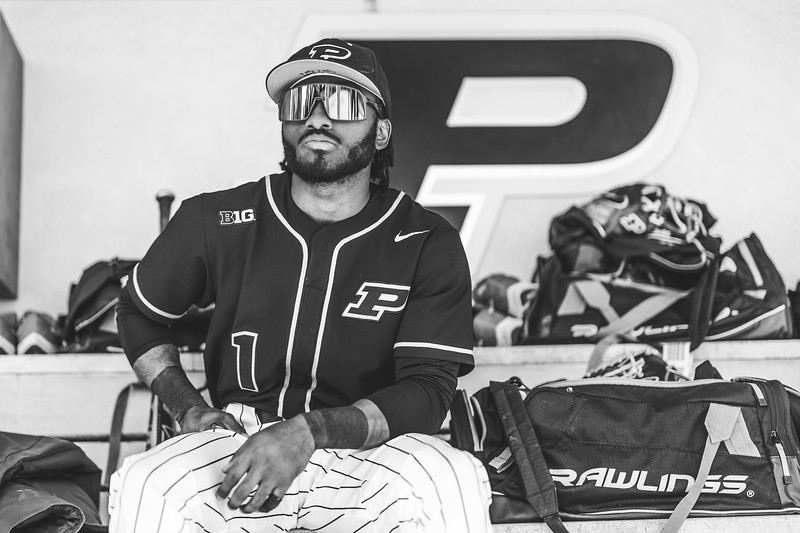 Here is a link to my gallery from yesterday. I am not going to lie. When I was putting the gallery together the Purdue men’s game was on TV, and I thought about holding it back because the eyes would not be on it. I was pleasantly surprised to see that it did very well. This is a fun team to watch, and they make the photos very easy to make. This week I plan on making a lot of baseball photos, and just maybe a rogue basketball game may sneak in there. It should be a fun week as the weather looks good right now on all of the outdoor events that I have.