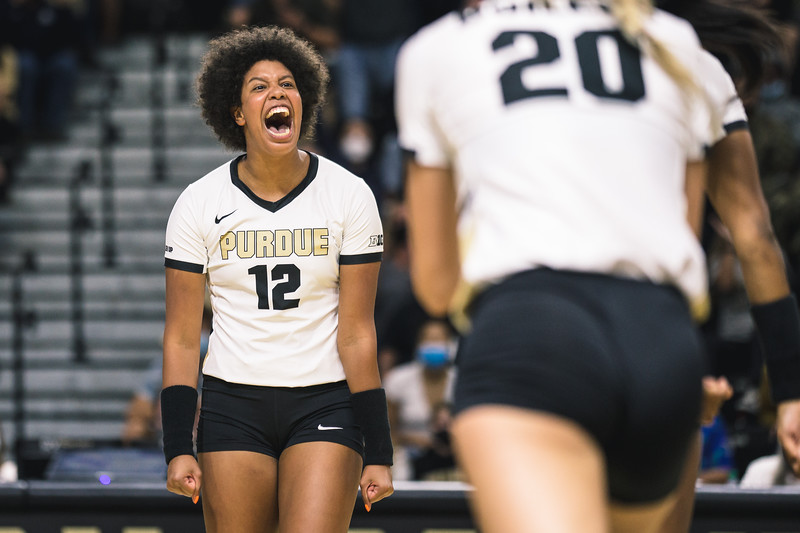 Wednesday night I went back down to Holloway Gymnasium to see Purdue take on Michigan State in volleyball. Saturday night I was in Holloway for a five setter against Penn State. I really did not think that I was going to see another one against Michigan State. That is what we were given on though. In all honesty Purdue was lucky to get the match to five sets. Sometimes it is just not your night. No matter how hard you battle things just do not go your way. With some teams this could be cause for worry, but this Purdue team is tough, and they will bounce back. At the beginning of the year I said that I know that they are capable of big things. I still feel that way.

The photo above was made just after the first point of the fifth set. At this point I was just going to have some fun during that last run. I put my 24mm lens on the ground and lined up this photo. I was just hoping for the right celebration to fill the frame. Here I lucked out and got it right away.

I always talk about getting low. Volleyball is one sport where you can be many places and still make a good photo. With the camera on the ground though digs just look different. I need to keep working this angle for the next couple of matches until the right dig comes my way. With so many players on the court you do not always get the clean look that you want. With time and patience the luck will come.

Saturday I arrived too late to make the panoramic photo that I had in mind. I left a little early on Wednesday to make sure that I could find a spot on the road to park and get into the stadium in time. I made my super wide panoramic that I had in mind, but at the end of the day there were too many distractions on the left side of the photo. I decided to crop it down to the photo that you see directly above this paragraph. I have one more panoramic idea for Holloway that I will give a try next week. The crowd should help fill in the gaps that I didn’t like in this one. 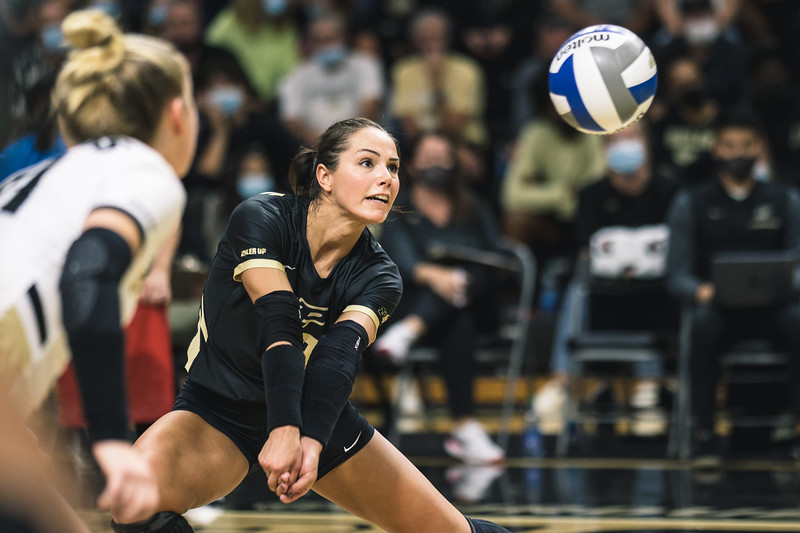 Here is a link to my gallery that I posted yesterday from the match. It turned out far better than I was thinking it would during the match. Some late game emotion really saved it for me.