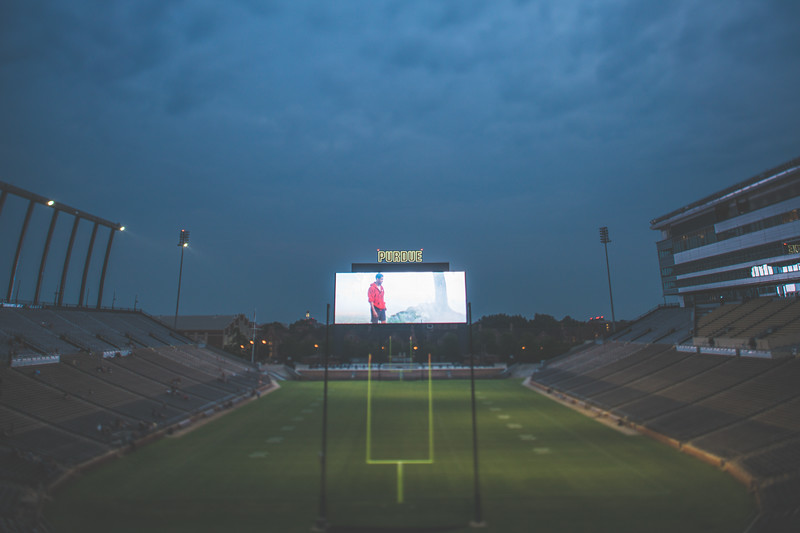 Back In Ross Ade Stadium

Last night the Purdue football team had an open practice followed by a showing of Remember The Titans on the jumbotron. I skipped the practice portion as I could not make any photos. If you know me then you know that I would have gotten myself into trouble as I would not have been able to keep the camera down. I had a tilt shift idea for football, but I will just have to wait a month to try it out. It is always good to be in the stadium though.

How have I never seen this movie before? I think when it came out I saw the Disney logo next to a football movie and wrote it off. I went to the stadium because I needed a blog post for today. It seemed like a good idea. I stayed way longer than I planned watching the movie. When I went home after everyone went to be I watched the end of the movie to see how it all played out. Of course it ended like you would think it would, but it had a great message.