The Final Game Of This Four Game Series

I really did not think that all four games of this series this last weekend were going to be played. The forecast did not look good. Every game though we saw the sun for at least a little while. 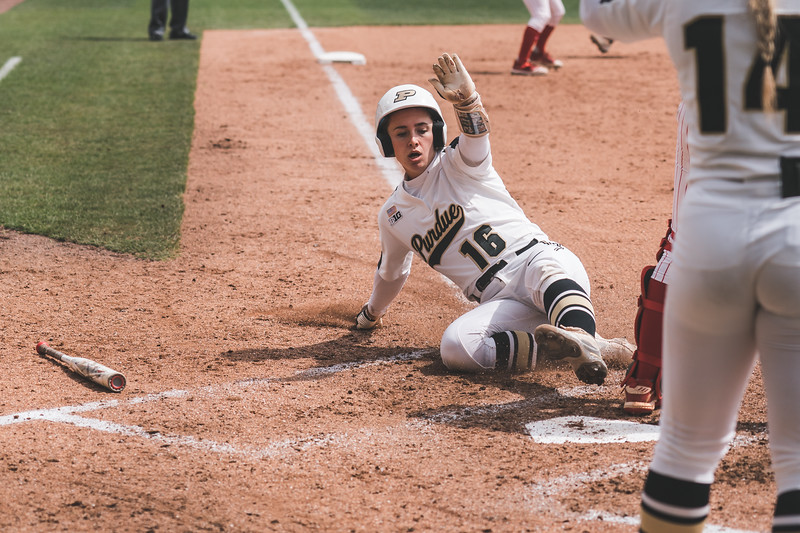 For the final game of the series I broke out my old softball setup. I had my 400mm lens for the tighter photos, and my 70-200mm lens with a 1.4x teleconverter on it for plays closer to me. These two together have photographed a lot of softball through the years. The 70-200mm lens is great for plays at the plate like you can see above.

Playing In The Rain

As the seventh inning started the rain also started to come down. I quickly moved positions to get a little closer to the players. I might have been the only one in the stadium excited about the rain. It did not last long, but it always adds a little something to a photo.

I really cannot decided which of the three Purdue uniforms is the best. They all have their good features and they all photograph well. Which uniform of the three is your favorite?

Here is the link to the full gallery from game four. This was a fun weekend making softball photos. This marks the halfway point of the home softball season. Eight home games down with eight to go. Softball is so fun to photograph that I have to make sure to get out to as many of those eight games as I can.