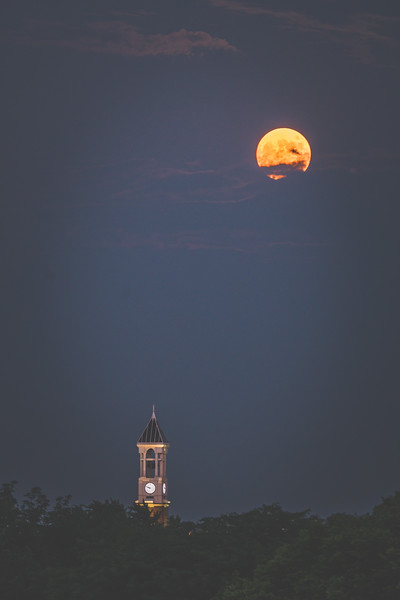 Last night I drove down to a familiar spot to capture fireworks to see the moon rise. It wasn’t until I was nearly to my spot when I noticed that there were clouds very low on the horizon. They would not let me make the photo that I wanted to make. That happens sometimes. I decided to stay and watch some of the local fireworks from this spot. It was then that I started to see the moon in bits and pieces as it worked its way through the clouds. When it finally made it through it still looked amazing. I stopped my fireworks photography to make this image. It was a different photo than what I went down to make, but I like the way that it turned out.

They Don’t All Work Out

Early on in my photography I followed a bunch of really good photographers. They seemed to never miss an opportunity. Every idea that they had worked out it seemed. What I didn’t realize at the time was that they just never talked about the failures. While that is great for marketing it does not help new photographers understand just how many things can go wrong on an outing. My first goal here was to make a moon photo. My second goal was a fireworks photo. The fireworks were in the perfect spot for some epic photos. I had my exposure correct, and I had the perfect lens on to get what I wanted. What I didn’t realize was that when I was putting my camera back into position to photograph the fireworks again after the moon that I had bumped my focus ring. It wasn’t a big bump apparently, but enough that the clock tower was just out of focus. The amazing photos of the clock tower and the fireworks did not work out. That stinks because you don’t see fireworks every day. I was running two cameras at the time. The tighter frame was the one where I hit my focus. I didn’t have the camera set up like my others so when I went to check focus the camera tried to do something else. Instead of navigating the Sony menu system I just guessed that I was right. Lesson learned. I still made a couple of photos that I liked from my time on Slayter Hill though.