Purdue Closes Out The 2019 Home Season Against Penn State

It is really hard to believe that I am done photographing college soccer already this year at Folk Field. It seems like just a couple of weeks ago that I was so excited to be there for the opening game of my college season. The soccer season goes by so fast. It is always bittersweet because that means that the fall sports season is coming to a close. Soccer is usually the first sport I photograph during the year, and it is the first season that is over. This was a fun season photographing at Folk Field. I never did get that great sunset that I usually see, but I was able to see some great soccer. This team is pretty young, and they have a big future ahead of them.

During the first half I moved around a bit. I wanted to try and get a good angle on as many players as I could. I have a spot that I like when a goal is scored, and I was lucky enough to be there when Purdue scored their goal. By moving around I could try and put the main stands at Folk Field in the background as much as I could. 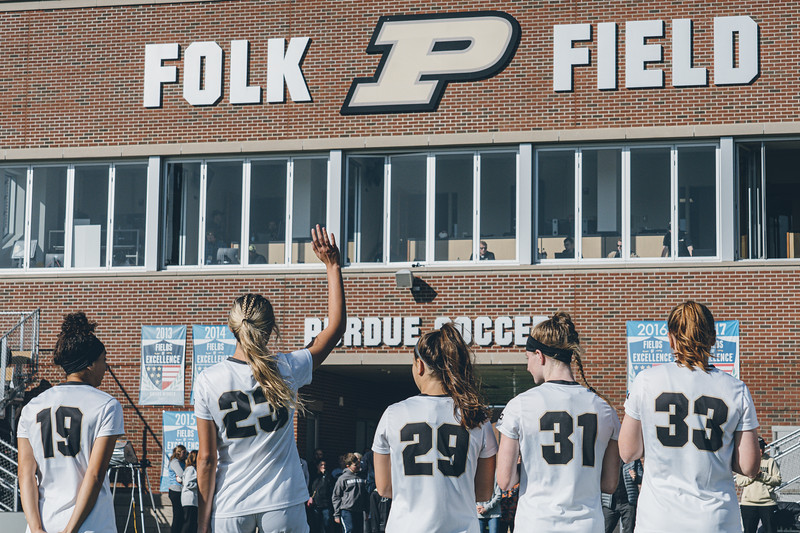 I had the idea for this photo early in the season. I saw the opportunity, but I was photographing for the other team. I kept it in the back of my head though every game since then. The light was never right though to make the image. Here in the morning the light was on the players as well as the signage on the stadium so that I could make the photo. It is not an award winning photo, but it is a nice addition to the gallery. 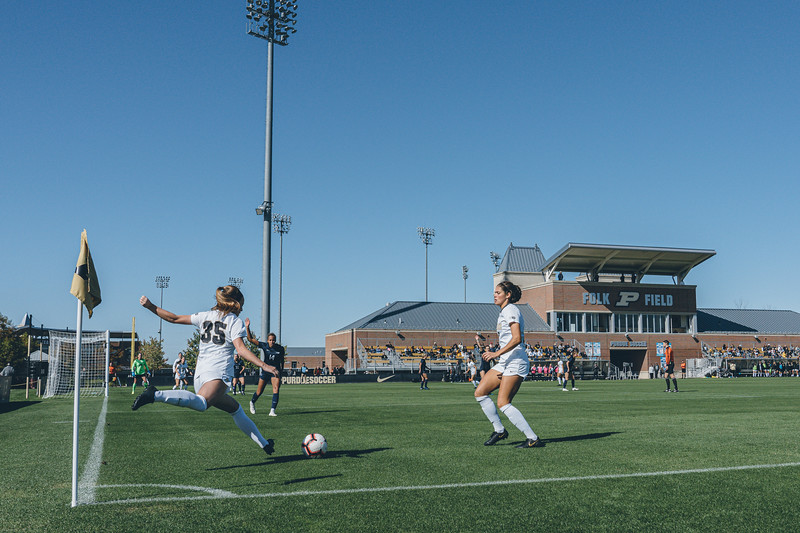 Last week was a fun week yet again. I am truly lucky to get to do what I do. You can view my favorite photos from last week here.