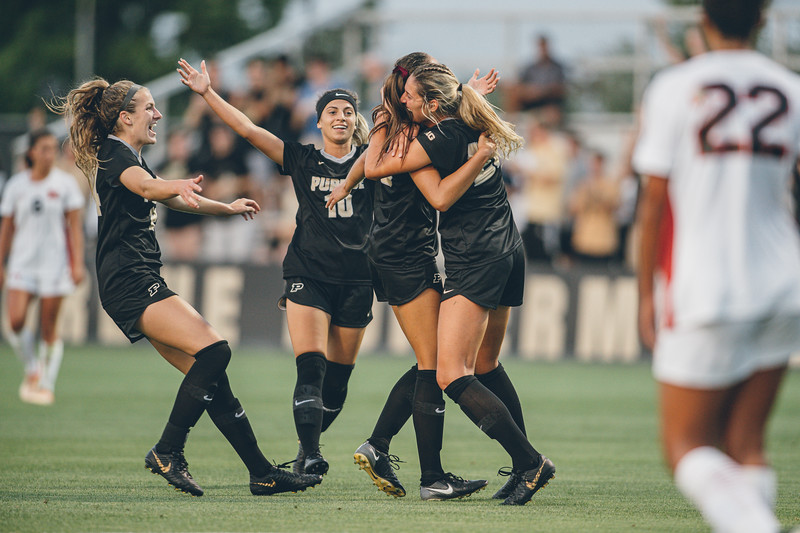 The Big Ten soccer season is officially here. I love that fact because it means the heat of summer is on its way out. It also means some good soccer is ahead of us. On Friday night Purdue played a great game against Nebraska. They played great defense in front of their goalie, and they took advantage of the offensive opportunities. On their lone goal I was screened on the goal, but I did make a nice celebration photo or two. The good thing about being a bit behind on the blog is that I can say that later today the Purdue soccer team has another Big Ten match. This time it is Iowa coming to town. Come on out to Folk Field to see the senior day festivities.

Of Friday night I had a remote set up behind the goal during the first half. I know that those pictures rarely turn out, but it was worth a shot. My backup plan was to use the same camera during the second half when the sky was lit up. The clouds did not work in my favor, but I still had some nice light to work with. The Folk Field sunsets are always good.

Keep Your Eye On The Ball

For this game knowing the lighting is not the best when the sun goes down I had the 400mm f/2.8 with me. It is amazing how much different I feel that I need to photograph the game when I switch up the 400 and 600. A shot like the one above would never have happened with the 600, but I fit it into my frame nicely with the 400.