Having A Little Fun At Purdue Volleyball

Yesterday I made the trip up to campus to catch a little of the Purdue volleyball match against Ohio. I had not made a photo since Wednesday thanks to a crazy back injury that knocked me on my butt. I was feeling a little better Sunday afternoon so I decided to take my camera down to Holloway Gymnasium to make a couple of photos. I took no long lenses so that I would not have much strain. Just a couple of cameras and smaller lenses to play around with. 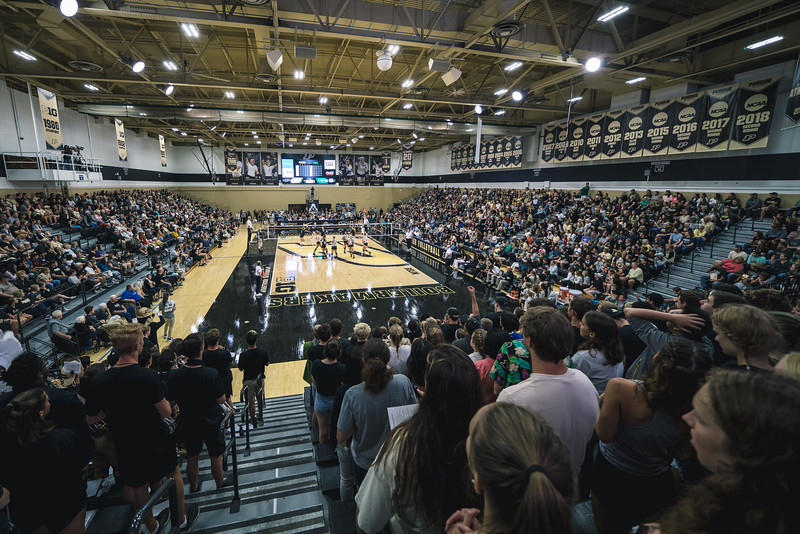 One lens that I have not used much yet is my Sony 12-24mm lens. This was one that I was very interested in when I made the switch. The Canon 11-24mm lens is one of my favorite lenses of all time. If I could get even similar results from this lens I would be happy. I really did not stay long enough to try this thing out, but I did make this photo during the second set. I think this lens has some potential, but I wouldn’t use it much at an event. 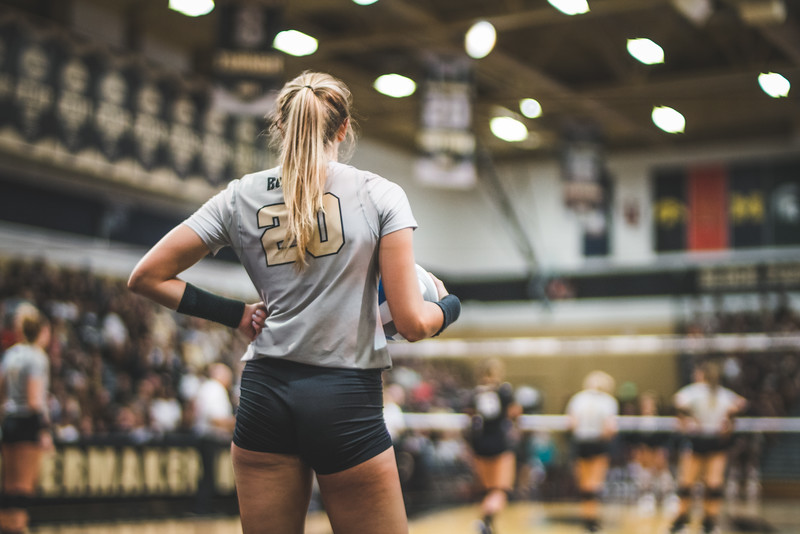 This is a lens that I have been playing with on and off for about a week now. I had read about this lens, and I really wanted to try it out. I loved the idea of the f/0.95 aperture. There were enough good reviews about the lens to give it a go. I had used it on still objects for the week, but of course I wanted to try it out in the real world on moving subjects. With an autofocus lens keeping your subject in focus at f/0.95 would not be easy. This is a manual focus lens though so my job was amazingly difficult. I made the celebration photo at the top of this post with this lens as well as the photo above this paragraph. I don’t think I would use this much if I was on the clock, but for fun this was really good. I imagine that by the end of the week I will have a bit more about this lens. I had planned some portraits on the road with this lens this past weekend, but my back kept me from making the trip. I think that portrait may be where this lens is the best. It was still fun to try and capture some action with it though.

Last week was a great week until midweek when I jacked my back up. I did not make another photo until Sunday afternoon. I still think that I had a good week, but my football season will have to wait for another week. You can see my favorite photos from last week here.