As the men’s matches were finishing up on Sunday things were being set up outside for the women’s matches. After a lot of time indoors we finally would be able to see some tennis outside. After sixteen hours of shooting tennis it was nice to get a different look at the game. With the setup outside I would be able to be right behind the action giving my galleries a much needed different look. 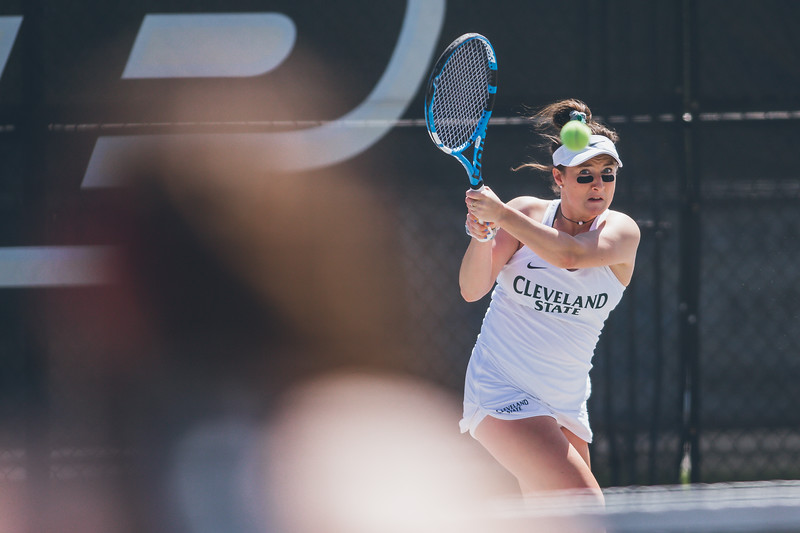 One of the looks that I could give was to put the opponent in the foreground of the action. This just adds to the photo in my opinion. It reminds me of having the batter out of focus in the foreground of a pitching shot. I liked this look, and although it is not easy to get at times the action is predictable enough to put yourself in the right place to get it. 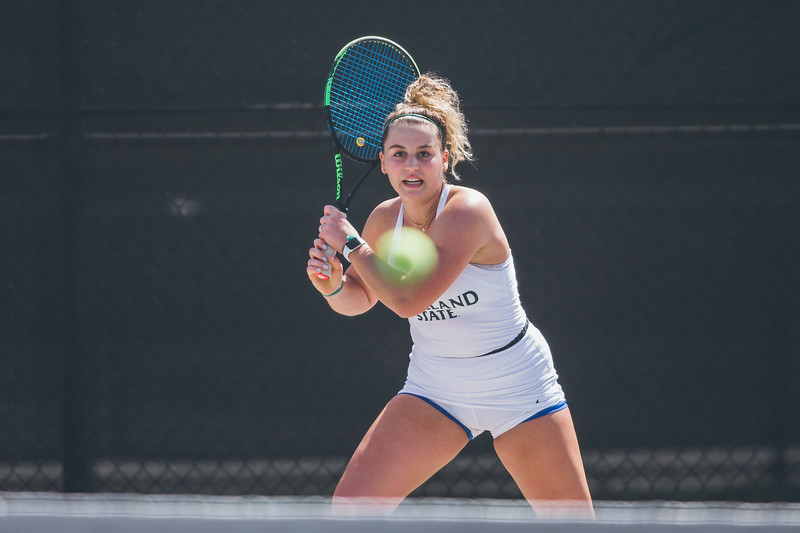 Last week was so much fun. Here you can see my favorite photos from a week of wildlife, tennis, and baseball.

Getting The Final Shots

After two days of shooting I was shooting my final match. All UIC needed was one win to clinch the title. Of course three courts were vying to be that one at one time. I finally saw where one of them was getting close so I switched from my 400mm to my 70-200mm lens and headed to that court. Luck was on my side because that is where the tournament ended. As the final points were being scored I took my 70-200mm lens off of my harness. After making the winning shot I was going to ditch the camera on the bench in front of me, and just use my 24-70mm lens which was on my harness still. Somehow my plan worked, and I was able to get the shots that I had in mind. Everything was on my side because I love the shot just after the final point was scored. The racquet on its way to the ground with the great jube. In just a couple of seconds I would be in the middle of the dog pile with the team.