A Rainy Spring Walk At Prophetstown

Yesterday I went out to Prophetstown knowing that the rain would clear shortly. Of course this time of year the rain may not be on the radar. About a half hour into my walk I was soaked. The skies started to clear, and I was able to change my settings to something that could get good results. The dark skies already had forced my 2x converter off of my lens. What looked like it would just be a so-so day ended up being pretty fun. 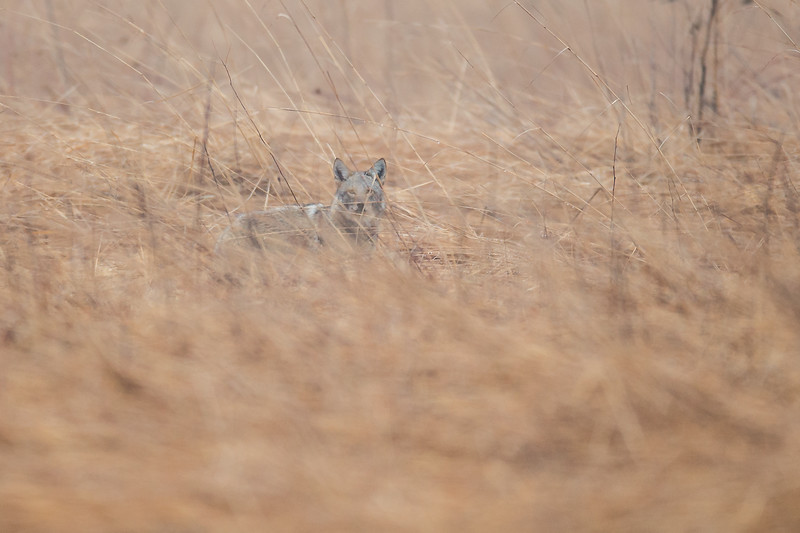 One of the things that I can never seem to find is the long-eared owls that hang out at the park. I know where they are, but either I am not so good at finding them or I have bad timing. As I was leaving the area where they are supposed to be I spooked a coyote that was about ten feet away from me. I would say that I scared the poop out of him, but that is what he was doing when I spooked him. For the next little part of my walk I had a friend shadowing me from a little bit away. I thought that we could have a Dances With Wolves thing, but the coyote quickly realized how boring I am and moved on.

I was ready to leave and go home to watch some March Madness when I heard Sandhill Cranes fairly close. I didn’t have to walk a couple of miles to see them. I did a good job sneaking up on a flock of them, but when I got almost to the hill I wanted to shoot from a leaf blower or something started up at the golf course up the hill, and the flock took off. Of course it happened when I had a tree in between me and the cranes so I was late getting in my shots. It was still neat to hear and photograph. Five cranes stayed behind to feed so I was able to try out a few more ideas. It won’t be long, and these birds will be out of our area for a few months. 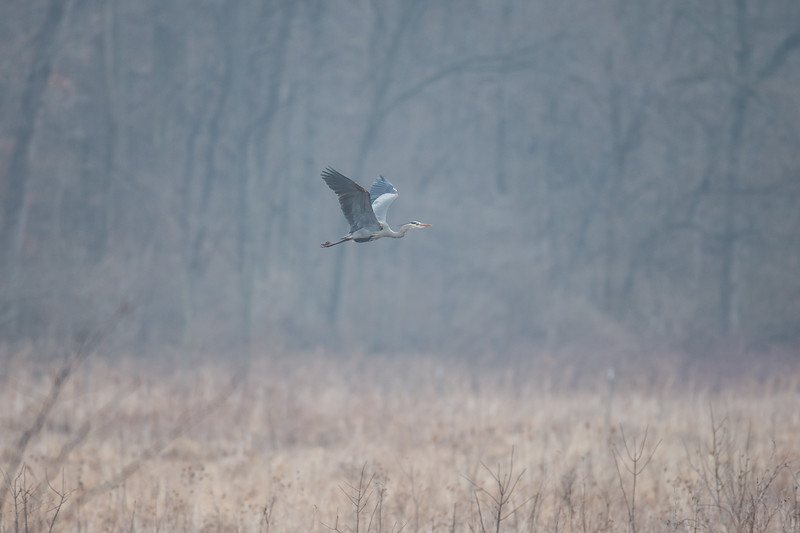 Last year I seemed to just find blue herons that were scratching. This year I have seen a few out and about flying. This heron was hanging out with the sandhill crane flock until it decided to find different company. The mist and the surroundings made for a different heron picture than I usually make.

When my walk started I thought that all I would get was soaked. I still did not have a great photography day, but it was still fun. At one point I thought that this woodpecker photo was all that I would have for getting soaked. By the end of the walk I had dried out, and I had a couple of new encounters to show for it. That is the fun of nature photography. You never know what you are going to get.