My Eighteen Favorite Purdue Photos of 2018

It seems like I heavily shoot campus about every other year. This was an off year for me as far as visits go. I did make some of my favorite campus photos this year though. Good things usually happen when I visit campus. This has been a fun year making photos. Some ideas that I had for campus really worked out well for me. We will see what the new year brings. But before we do that let’s take a look at some of my favorite photos from last year.

18. This is the cliche photo to make at the Union. The reason that it makes the countdown is because of what happened after this visit. I was at the Union with my daughter, and she had lots of question about this map of campus. From that day on when we drove by a new building on campus that she hadn’t seen before she would talk about how she recognized it from this 3D look at campus. 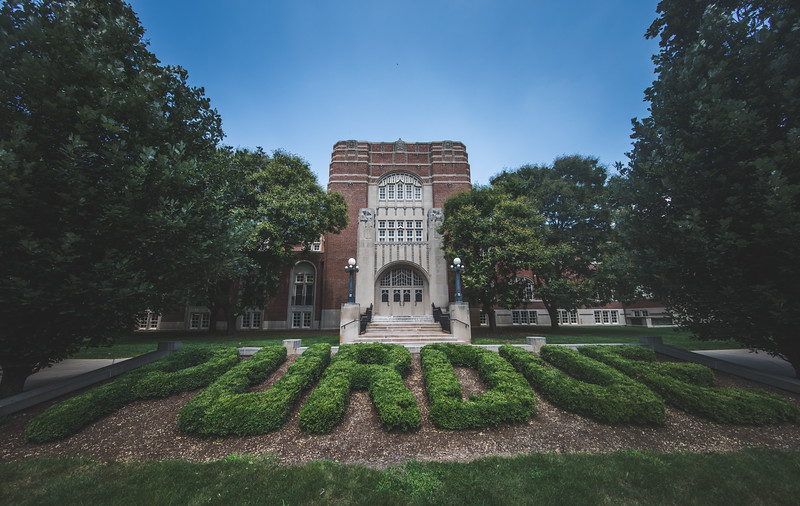 17. Here is another cliche campus photo. It is also one that I had never made before. I spent a lot of time inside those doors by the Christmas tree, but never outside of it. I thought that it was finally time to make a photo of the famous hedge. This year I would like to do something special here.

16. This photo did not turn out like I thought that it would. I wanted to catch the International Space Station flying over campus. As I was driving up to campus though I realized that all the roads I would use to get there were closed. I decided to capture the pass over Ross Ade Stadium. It was not the perfect photo, but it did result in one of my favorite photos of the year that can be found at the end of the countdown. 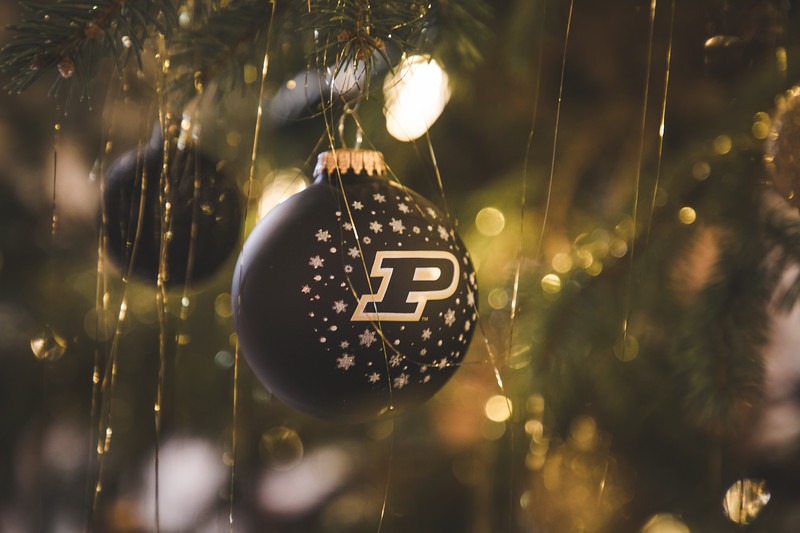 15. Christmas at the Union is always a fun time. I always go down with my daughter and see all of the decorations. I try and teach her about the different ways to celebrate the holidays and she tries to distract me so she can eat a piece of the large gingerbread house. We both have our own traditions to keep going. 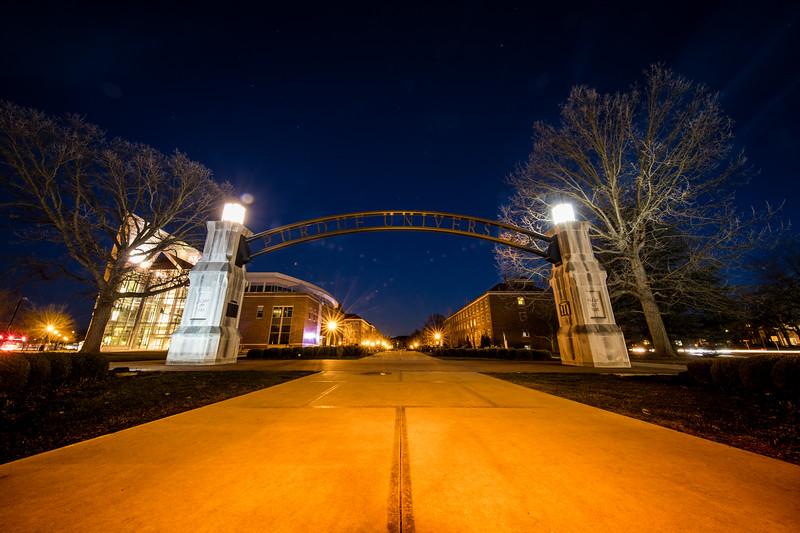 14. The colors here at the entry to campus were just too cool not to capture. It was blue hour and I was waiting to make another picture that will show up at the top of this list. While I was waiting though I decided to have some fun. 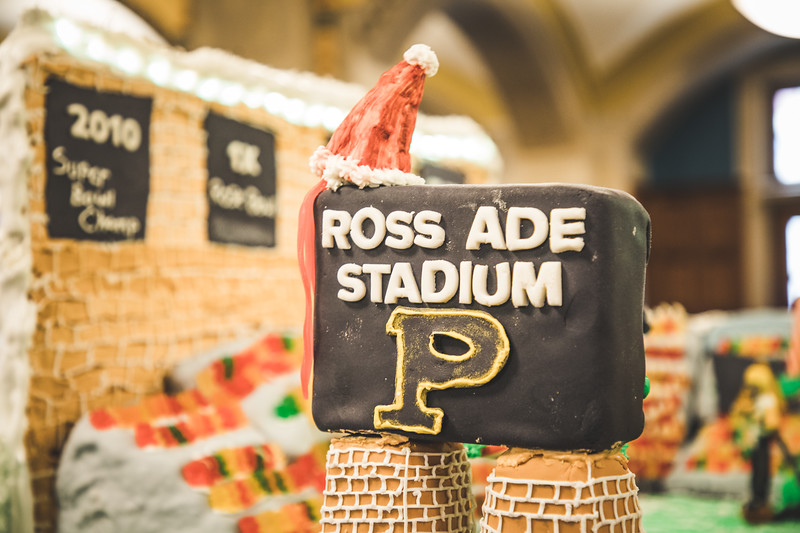 13. Here is another photo from our walk around the union at Christmas. The gingerbread competition is always fun to look at. So much work goes into the contest every year that it makes it hard to pick a favorite. This year though my favorite was easily the gingerbread version of Ross Ade Stadium. 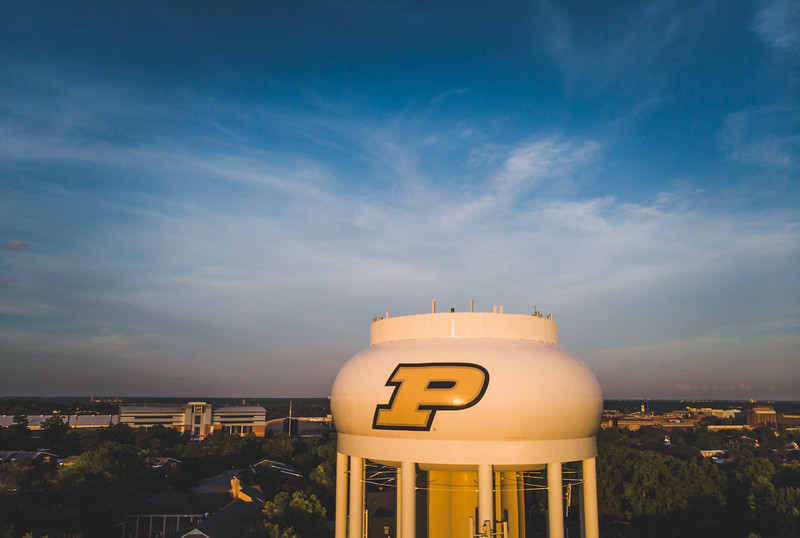 12. This year I had a bright idea of how to photograph the city fireworks. I would try and get them over the campus of Purdue. On my way to my location I saw the golden light as the sun set hitting the Purdue water tower. I needed to make that photo first. It would be a great firework shot next year if I could get on top of this water tower to make it. 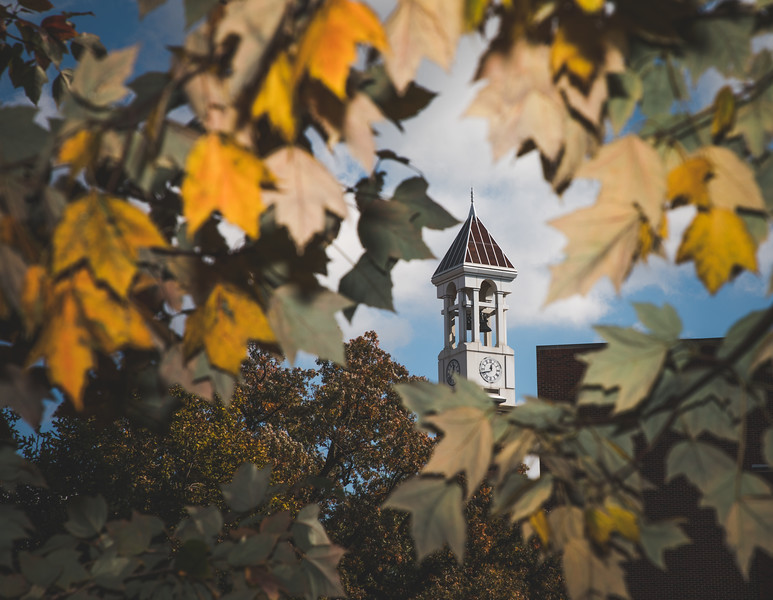 11. Fall on campus is always a special time. I love trying to find new ways to capture the fall color and some of the landmarks that make Purdue what it is. 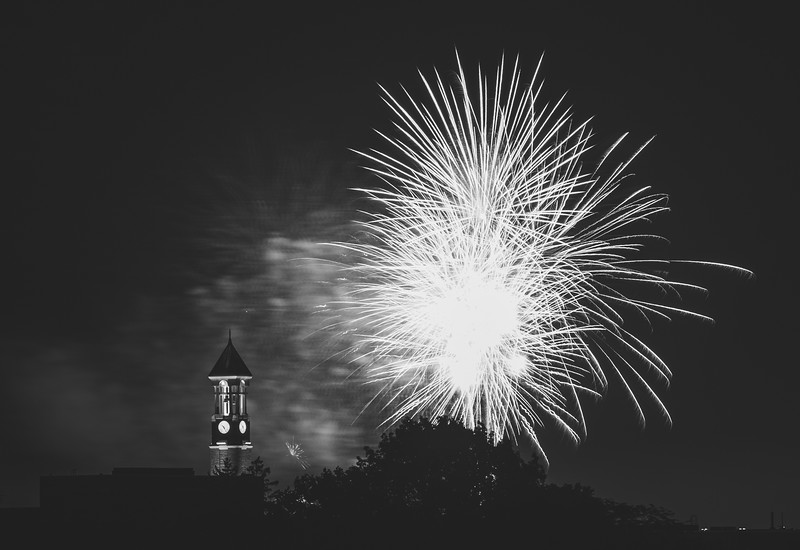 10. For some reason I actually had my calculations correct and the fireworks went off just the side of the Purdue clock tower. I have one clear favorite photo, but this one also was very nice. I love the way that it looks in black and white.

9. Here is another fall photo of campus. While on campus for a photo shoot I also made time to make some photos of areas with good color. I rarely make photos of Elliot, but with the signage for the 150th anniversary of the school it made sense.

8. Summer time means fountain runs. We didn’t get up to campus as much as in years past, but we still had fun running through them. I took my GoPro this year to get an up close and personal photo. It worked out very well for me.

7. Here was a lesson in patience. I sat in this spot for a long time waiting for someone with something colorful on to pass by me. I had the camera on the ground and ready and luckily this person with the colorful backpack came by. 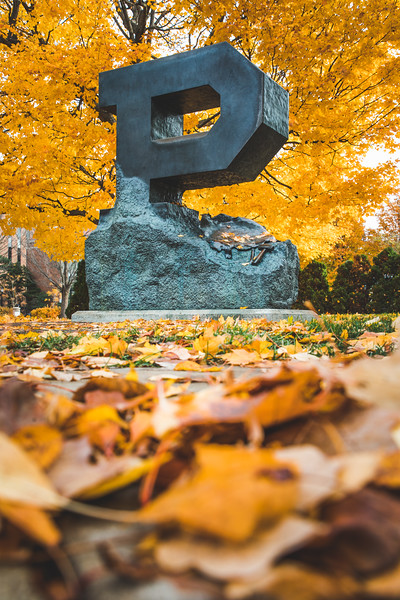 6. Shortly after making the photo above I made this photo of the block P. I think that this photo is overdone as well, but why not make it? When campus is in full color you have to get in what you can. 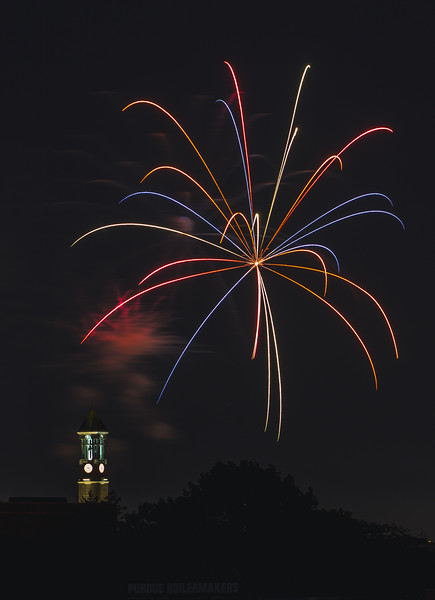 5. This was my favorite firework shot from my 4th of July shoot. It is simple, but that is why I like it. One of these years I will buy a couple of spotlights to put on the clock tower to make it pop a little more.

4. This was my first flight with a purpose of the Mavic Air that I bought. I had done some test flights, but this was the first time I went out with the idea to make a picture. The IHSAA softball tournament was going on, and the sky looked like it would be awesome. I really like how this one turned out. 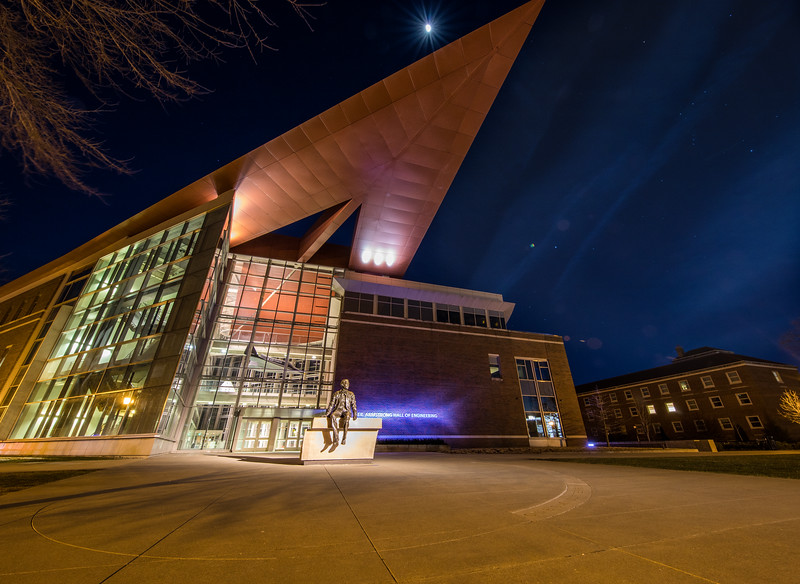 3. While waiting to make the #1 photo on the countdown I made this photo of the Armstrong Hall of Engineering. I love how at a high f-stop the moon turns into a star. 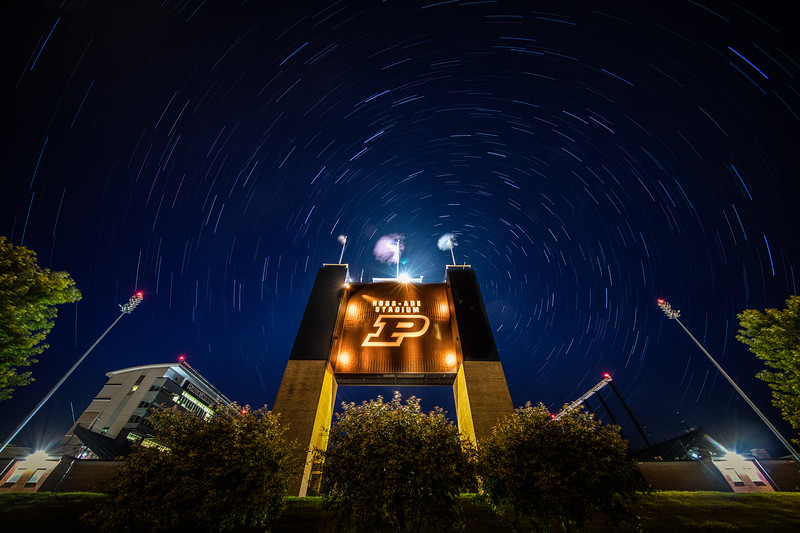 2. As I said above this photo was all about luck. Luck that I used the same location to make an ISS pass photo. Luck that I noticed that it could work well for a star trail photo. The final piece of luck is that the skies cleared after about a nine day period of clouds. I love the colors and the way that this thing turned out. 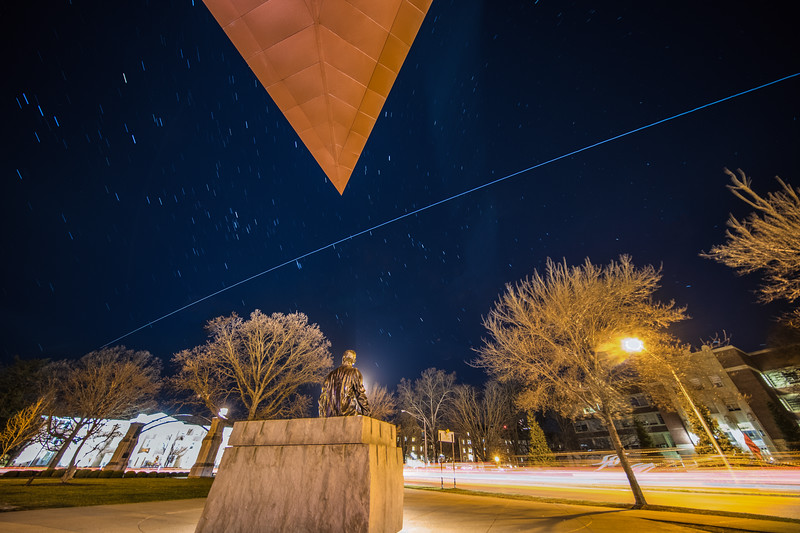 There are my favorite photos from campus in 2018. This year I need to get out more and make more photos. Hopefully I start early tomorrow night.