My Eighteen Favorite Volleyball Photos Of 2018

This was a year when I was able to photograph more volleyball than in a couple of years. Volleyball is a fast sport with a lot of emotion. More importantly during football season is that you are close with no obstructions to the face. Maybe that is why I go for emotion so much in volleyball. This was a fun year though as I hope the next eighteen photos will show.

18. One fun moment this season was when Brittany Dildine came back with the Wisconsin staff. I knew Brittany as the volleyball player who came to the basketball team to help out. Of course she was a great volleyball player at Purdue long before I was able to attend matches. Early on every match that I came to was sold out. That is a very good thing for the program, and still is. It was great to see the crowd let her know how much they appreciated her.

17. One fun moment this season was watching Erin Williams mobbed by her teammates after the senior day contest. She had a career night on senior night, and you could see the love her teammates had for her as they all mobbed her. These are the cool moments that are fun to capture.

16. I did shoot for a couple of opponents this season. One that was fun was Northwestern. After a couple of fun soccer matches earlier in the fall they asked if I would shoot volleyball for them. Any time I can get on the court is a good thing so I said yes. Here I played with the floor reflection during the National Anthem. 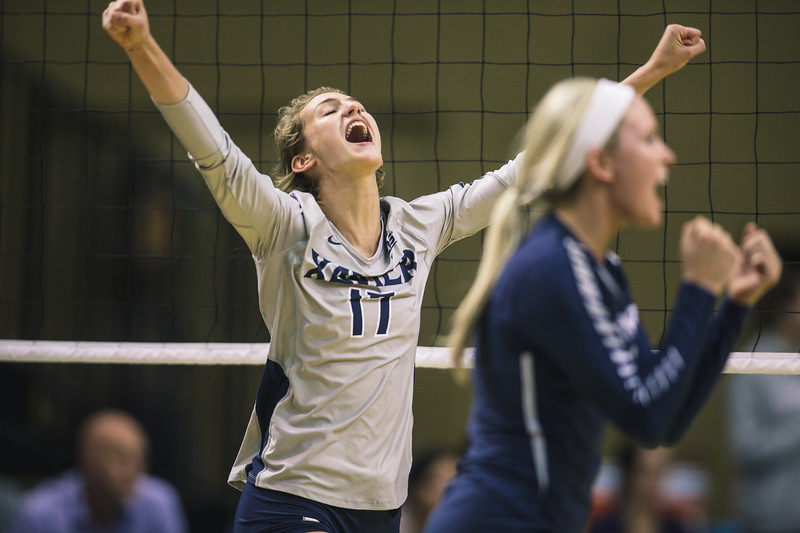 15. Shooting for Xavier is always fun. They have such great people behind the scenes that it really is a joy to be around them. I thought that this photo mirrored my reaction when I saw that they even brought a birthday present for me with them. Working with them was a chance thing to begin with, but I am glad that I was able to make it happen.

14. Shooting under the net is a tricky thing. It rarely works out, but when it does it can give you a different look. Here is a shot from early in the season of senior Brooke Peters celebrating a point against Notre Dame. 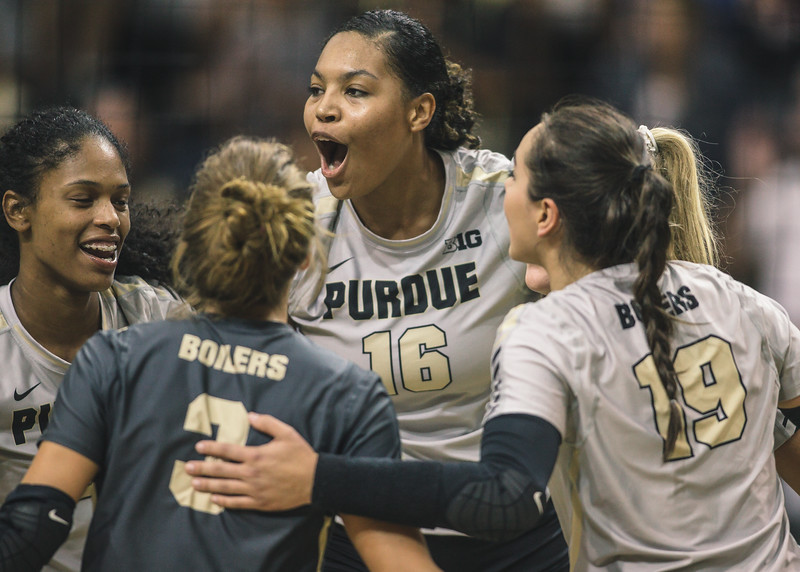 13. During the course of the last few years I have figured one thing out. If you want a good celebration photo pointing the camera in the direction of Sherridan Atkinson will get that for you. She was always a good subject. She will pop up on the countdown again.

12. One of the fun promotions this year was Hawaiian night. I always liked this photo of the Boiler Block as they put their hex on the opponent.

11. Shooting with the 400mm lens is always a hit or miss proposition. Mine is stuck at f/2.8 so my margin for error is zero. You have to guess where the ball will go, and be ready when it gets there because you are so tight. When it works out like this photo did it makes it all worthwhile. I usually bring it out to get the celebration shots, but it can work for action too.

10. This year I tried to find new ways to photograph the team run out. At this point I think the Purdue staff has done them all. Here I popped my flash in the tunnel as the team was getting ready to run out.

9. Match point can be a great image. Here I pulled back to get the team and fan reaction as Purdue put away another opponent. The good thing about photographing at Purdue is that you get to photograph many match points over the course of the season.

8. Dave Shondell has done so much for Purdue sports since he came to the school. He not only raises awareness for his own program he is the biggest champion of the other programs as well. Here he gives a few final instructions before a match. 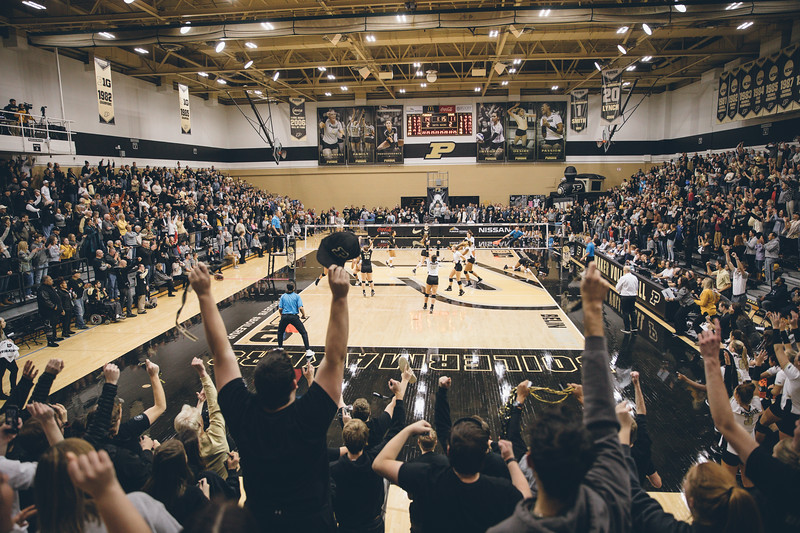 7. Here is match point from another angle. This was on senior day as Purdue had just taken down Iowa. That was a memorable game for me as I had left a football game after the second overtime in order to make it for first serve. I was tired from a long day at football, but I was energized by the Holloway crowd. This was a great way to end the match.

6. The good thing about having the big crowds in Holloway is that you have a good background all the time. You really see what a difference that makes when you are shooting a game that Purdue is not involved in. The crowd adds a lot to my photos.

5. Sherridan celebrating again. She really does let it all out on the court.

4. I had fun photographing the last match in University Gym in Bloomington this year. This was one of my favorite shots from the match. I loved the big IU signage on both ends of the floor as it let you know that you were in enemy territory. It was also fun to see the Boilers walk away with the last win ever there.

3. Speaking of wins against Indiana I was at the Monon Spike match earlier in the season with the thought of making some tight shots. This shot of the team holding the trophy after beating Indiana was my favorite. This is always a fun shot to make, and it would be fun to make it in the new IU gym next year too. 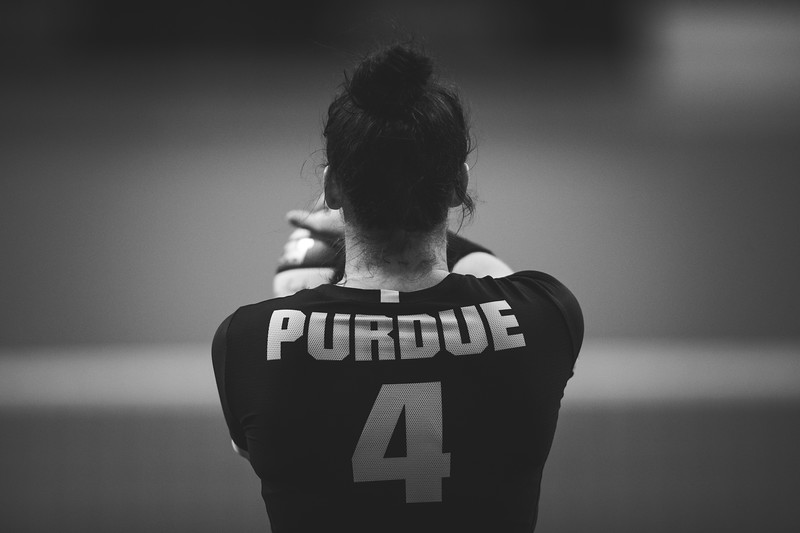 2. I went to the exhibition game to get a little volleyball practice in myself. One fun thing about the setup of the court is that all of the bleachers were not out that day. That allowed me to have a little fun making some images that I can’t make other times. I liked this one from the time that I made it.

So there are my favorite eighteen images from 2018. As we enter the new year I can’t help but wonder where 2019 will take me. After only getting to see a couple of matches in Holloway in 2017 it was nice to get back in there more in 2018. In 2019 I need to find a way to make some more dynamic volleyball images.