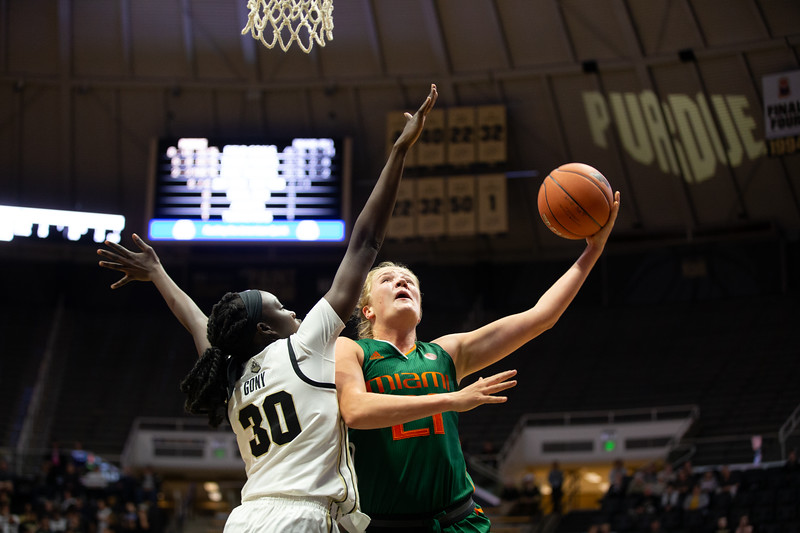 The Hurricanes Come To Purdue For The ACC/Big Ten Challenge

Thursday night I shot my only sporting event of the week when Miami came to Purdue for the ACC/Big Ten Challenge. It has been a while since I shot for an opponent in Mackey Arena. After covering much of the season for Purdue this year it was a little weird to be on the other end of the court at first. Once the game starts though I was too busy to think about things like that.

Getting The Images Out

It was during this game that I realized just how easy we have had things in Mackey this season. We have a great system going where we just hit a button on our cameras and the images go out to the web where they can be immediately used. It is a really simple, but effective system that makes it seem easy from our end. Last night I was back using my laptop to ingest, edit, and then send out images. I was back to frantically working during timeouts and breaks in the action. You really lose the flow of the game that way. Sometimes you need to step back a little to see just how good you have it.

A Weekend Without Sports

For the first time in a while I have a weekend without any sports ahead of me. That is a weird feeling, but probably one that is needed to stoke the fire a bit. Next week I have basketball and swimming on the schedule so it will be back at it. Until then it will be fun to just hang out with family this weekend. It is the winter dance recital weekend so it works out for the best.