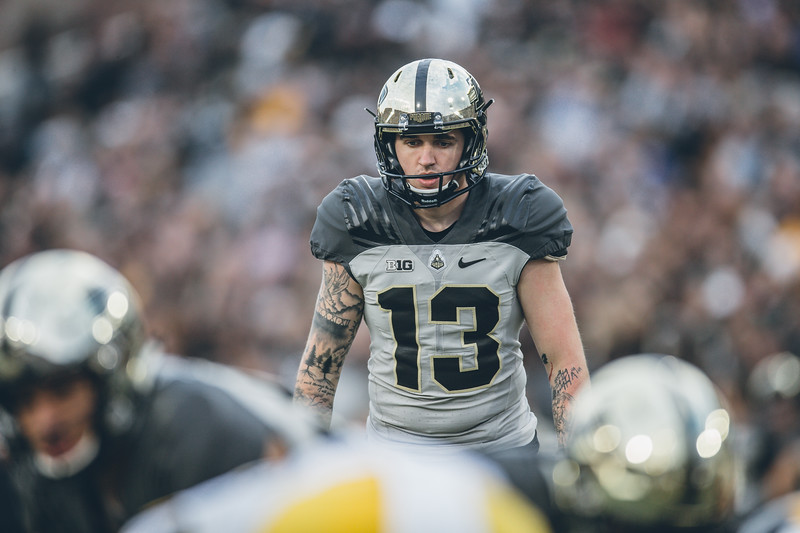 Purdue Defeats Iowa With The Foot Of Their Kicker

As the final moments of the game Saturday were winding down I remember hoping that Purdue would not find the end zone. It was a silly wish, but I wanted the kicker, Spencer Evans, to win the game. Earlier in the season it is no secret that he went through a rough patch. Everyone does. I wanted this game to be his moment. It was his moment, and he delivered. I had so much fun following him around the field after the game watching the fans mob him. It was a well earned moment.

Fans On The Field

I am not going to lie. I did not expect to see fans rushing the field after Spencer made his field goal. I was photographing the students as they watched the final play unfold, and I had no idea I would be racing them to midfield. I did not expect it, but I won’t turn my nose up at it. This football team is fun right now. The fans are having fun right now. A couple of years ago I might not have predicted this level of fun. To be honest after the 0-3 start you just don’t know where the season is going to go. To knock off your third ranked team since that start is a nice feat. If the fans want to celebrate it with the team I am not going to stop them. This team is fun to watch, and the fans are invested. That is never a bad thing. 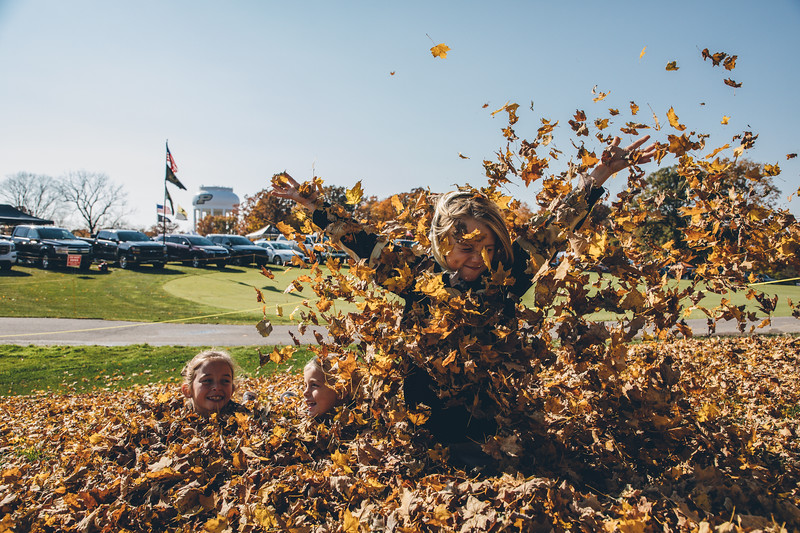 This year I have not photographed much of the pregame tailgates that go on. With the fall foliage in full effect I decided to head over the golf course to see if I could showcase any of it. I wanted a photo that told the story of when the game was played. I found some stuff that I liked, but was not sure any of it was worth the trip. I kept going though, and I stumbled across this group of kids playing in the leaves. With the Purdue water tower in the background I knew that this was the picture if I did not screw it up. Luckily I don’t think I did. It was one of my favorite photos from the game, and it was made a couple of hours before the game even started. This is what it is all about though. Every week I pick a theme for the game. It is not my total thought on gameday, but it is a thread to keep working on. On Saturday it was fall, and this was a great way to get that kicked off.

I really wanted some tight shots during the pregame action. Luckily my new 600mm lens is made for just that purpose. This is the third game now that I have used the 600mm in pregame, and it has not disappointed yet. It is too much lens at times. I can’t deny though. It does get you right into the action though which is what you want to see. When I stop and break down my job on gameday it is to bring the fans into the game. To give them looks that they can’t see from their seats. Close ups like this of the players without a helmet on do just that.

I really thought that I had my weakest game action shooting of the year on Saturday. I don’t know what was wrong with me, but I just felt a step off. You can make ten nice shots in a row, but you always beat yourself up over the shots that you miss. I had a couple too many of those on Saturday. Maybe I can chalk it up to still getting used to the 600mm lens. I don’t know. I do know that I can’t wait to hit the field again to make up for what I thought was a bad game by me. Senior day against Wisconsin seems like a good day to do just that.

Reflecting On The Photo

I should never have to explain a photo. That has always been my philosophy. This is a fun photo though with a little bonus that many may overlook. It shows running back Markell Jones scoring during the first quarter. I was in tight with the 600 so you don’t really see the goal line. Or do you? What I love about the photo is that you can see him crossing the goal line in his helmet. These chrome helmets are amazing for this type of thing. I hope that I get another chance to play with this again.

I wish that I could say it differently, but I will have to repeat myself again this week. Last week was another fun one. I am really blessed to get to do what I do. When I moved back from Iowa in 2005 I really dove into Purdue sports. I attended as many games as I could. Being away from the University did something to stoke my love for it. To now be on the field and court for these events helping document them is something that I would never have thought possible. Over the course of five days I shot men’s basketball, football, volleyball, and women’s basketball. I also shot the local high school team winning their sectional championship on Friday. Add in Halloween fun, and you have one of my favorite galleries in a while. You can take a look at my favorite photos from last week here. 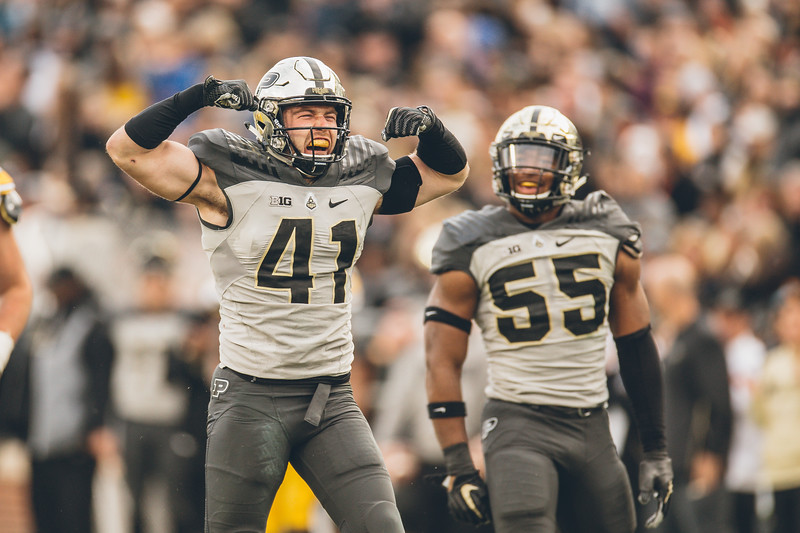 This was game six of the season with this Boiler Photo crew. This has been an awesome experience so far this season putting together galleries that I am proud to share. You can view this week’s gallery here. This really is a team effort, and I am very proud to be a small part of this team. We only have one more home game left this season to work together. I really wish this could go on for a while. Football is a great sport to cover, and I only get so many chances to do so in a year. Working with a great crew makes that gameday experience even more fun. Head on over and take a look at our gallery from the game. You will be happy that you did.