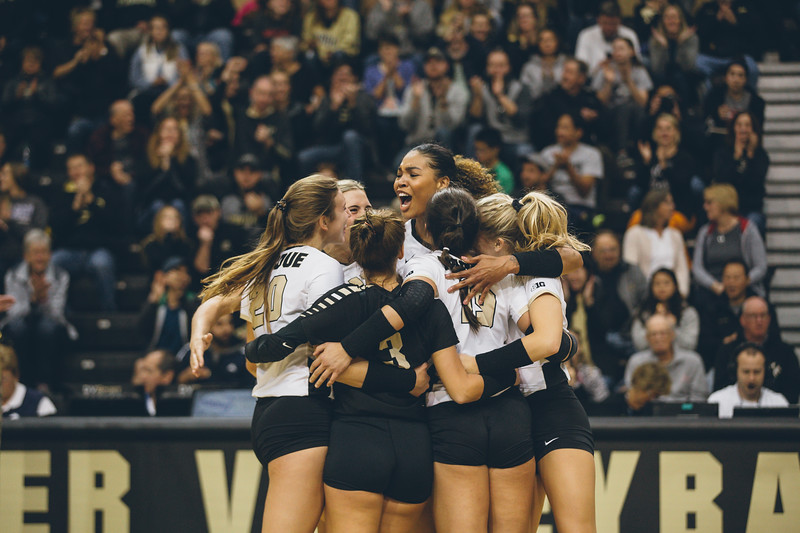 Just a few hours after the historic beatdown inside of Ross-Ade Stadium the Purdue volleyball team took on Ohio State inside of Holloway Gymnasium. Before the match started I was worried that with all of the football attention from the night before that this match might get lost in the shuffle. The Purdue volleyball team did not seem to be phased by what happened the night before as they came out firing winning the first set easily. A nice comeback in set two really made me think that this team has what it takes. Set three was another good set that the Boilers took to complete the sweep. With a rare Sunday win it was a great way to cap a good weekend.

Last weekend was so fun. Musketeer Madness followed by the football and volleyball wins for Purdue. I am so lucky to do what I do for a living. Here are my favorite photos from last week.