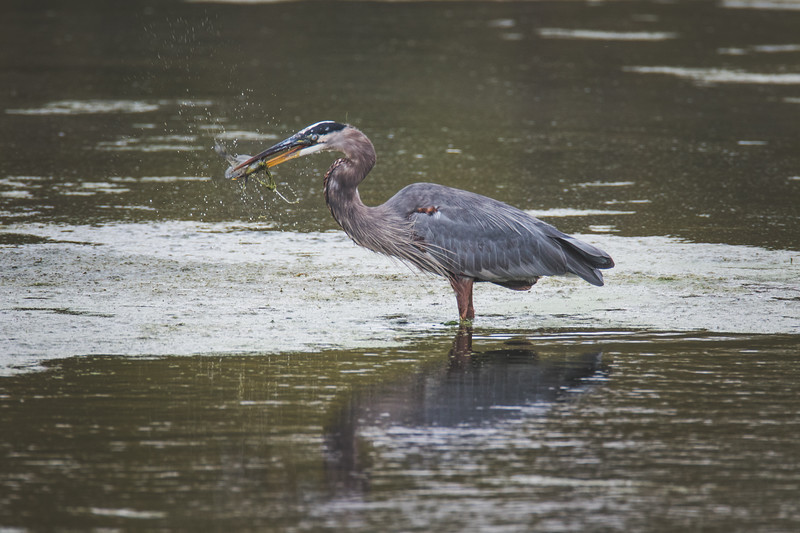 Getting Lucky At Prophetstown State Park

I really can’t stress enough just how much luck can play a part in photos sometimes. Thursday morning during my walk was a perfect example of that. I was walking back to the car with a little purpose as I had to pick up my daughter. If I hurried I could stop by the house on the way and change out of my shoes and pants which had gotten quite wet on my walk. I stopped to make a photo of an egret along the way. I decided to change my angle a bit so I slid a little over to my right. When I did that the brush opened up, and I saw that I was not too far away from a blue heron. I no sooner put it in my sights when it decided to go for breakfast. It dipped into the water, and I made the shot above.

A New And Improved Title

This title is completely different than the titles from a couple of days ago. Nothing like it at all. As I said before you start to run out of ideas for post titles at some point. Using the fall walk titles have saved me a little time. Eventually I will have to change them, but that won’t happen until late December.

Back At The Celery Bog

I had a good crisp nearly three mile walk in the morning Thursday. After picking my daughter up she expressed interest in going out with me on a shoot someday. Knowing that a screech-owl was somewhere out at the Celery Bog we headed out there. She rode her bike for part of the way, and we got in a little over three miles. During part of a loop I saw this heron through a small break in the brush. With my extended reach I could get in a little tighter than normal on the beautiful bird. I didn’t catch it scratching, but this will have to do for now.