My 18 Favorite Photos From The 2018 Indiana State Softball Season

This was an interesting year for me photographing the Sycamores. They did not play a lot up north when I wasn’t already booked. The games that I covered were great though. The team outperformed all expectations. Coach Pooch really had them playing well at the end of the season. Below are eighteen of my favorite photos from the 2018 season. 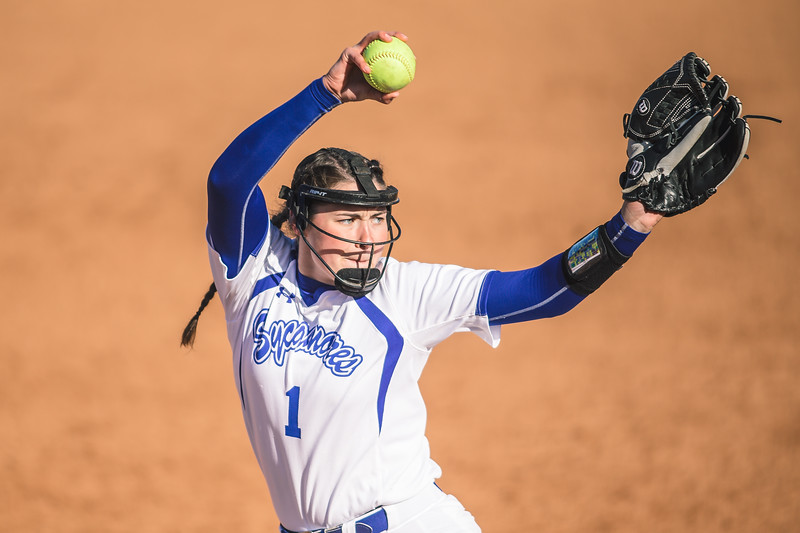 18. At Indiana State they have positions on top of the dugouts. I usually like to be lower, but here it allows me to make a nice clean image of the player. Here instead of the muddled background I was able to just have the infield as my background. I think that the lack of a distracting background makes this image.

17. Senior day is always a bittersweet day. The player in this case is on to something bigger and better. This season with only one senior graduating from a young team I have to feel like the sky is the limit for the Indiana State softball team.

16. This was one of the first images that I made this season. From my spot on top of the dugout I captured this catch in left field. It was a fun capture that gave me one in the can very early.

15. The doubleheader at Purdue was a series of games that I was able to capture some fun images at. I love to try and dissect pitching motions in baseball to find the best part to photograph. The softball motion is harder to do at times, but some have interesting points in them. This was one of the results from a pitching study.

14. I love a good softball huddle at home after a home run. Here I found myself on the wrong side of the diamond for the celebration. I jumped up though to be able to get the players face in the shot as she met her teammates at home. I did manage to get another home run celebration that day from the right angle.

13. This season in baseball and softball I have been having some fun making portraits of the players when they are on deck. This was my favorite from the Indiana State season. Right as I was going to press the shutter the ball was popped up so Shaye looked up to see where it was going. It made this portrait for me.

12. With only one senior on the team it is easy to feature them a couple of times in the countdown. Here is another pitching study done during a game. Kylie Stober was a fun player to photograph as she always seemed to have something going on. I will miss making those photographs next season.

11. Coach did a great job this season getting the players to buy in to his system. Here at third you can see just how much they listen to him when he speaks. I really think that this young core of players will be special when it is all said and done. Next year the league will not be surprised by Indiana State again.

10. Coaches kids really have a fun time with the players. Here they have some fun prior to the Saturday doubleheader. This all started in the dugout, but I liked this photo from when they stepped on to the field the best.

9. Catchers are fun to photograph no matter what league they are in. Here with two out the catcher takes charge to make sure that everyone knows that. It is a fun picture of a cool moment.

8. When you beat Purdue at home it can be fun. You can see just how much Della Gher needed her save. Sometimes they come easy, and this one did not. The relief shown here was a fun moment to capture. 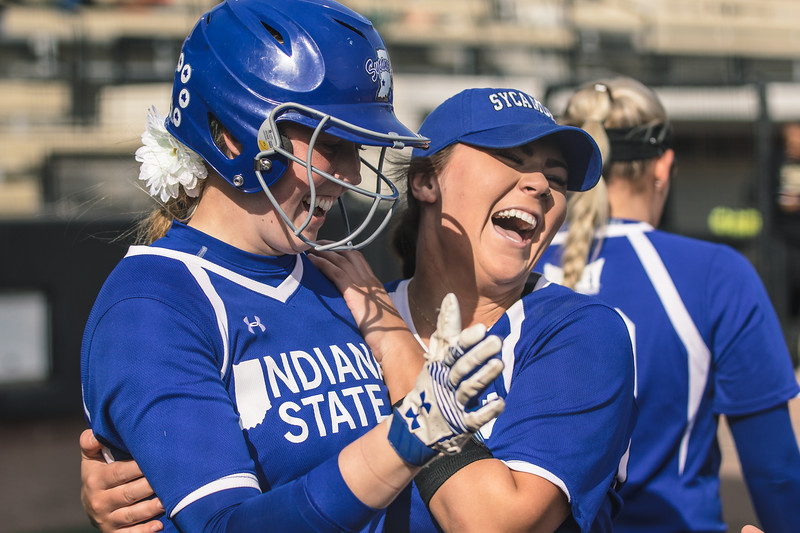 7. I love this moment between a senior and a freshman. Earlier I had the photo of Amanda Guercio crossing home plate after a home run. Here senior Kylie Stober has a moment with her as they headed back to the dugout. This is something that I did not expect, but I am glad that I was able to capture it. 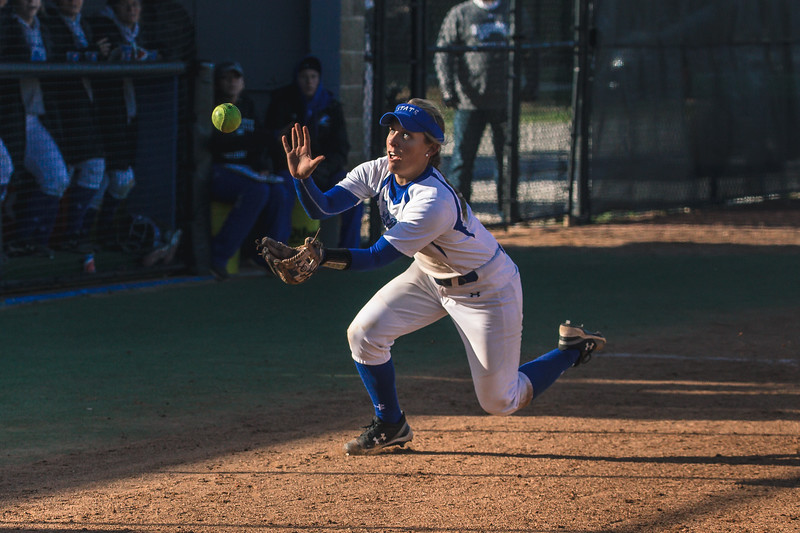 6. Here is a pure luck moment. I was focused on Shaye Barton thinking the ball might go to her. The ball did, but popped foul. The lucky part was that the ball was just out of the shadow as was Shaye. This could have been a photo on the cutting room floor if it was over just a few feet in the shadow.

5. Here Rebecca Gibbs cannot contain her excitement after hitting a home run. I love these moments where the players are overflowing with excitement. This was a cool moment far better than the one at the plate. 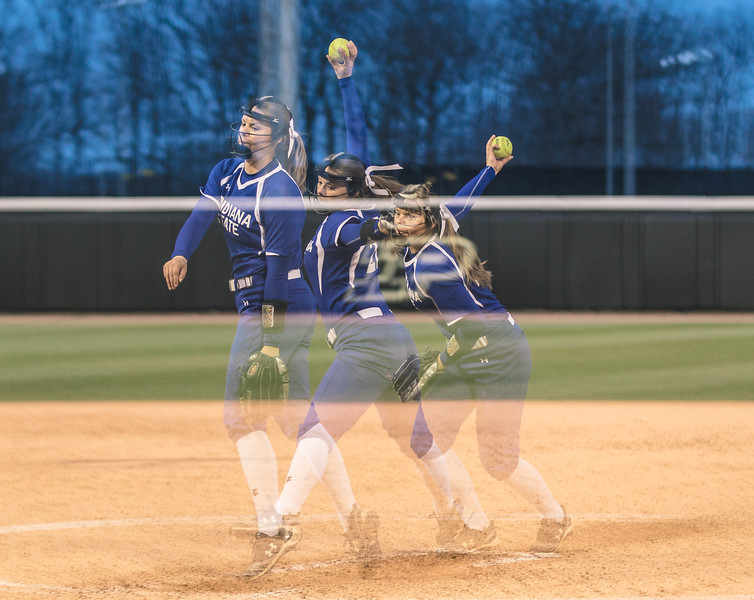 4. Here is a multi-exposure of Della Gher pitching. The light was just right for the exposure to work here. I need to try this more during a softball game.

3. Here freshman Leslie Sims tries to turn a double play. Leslie is one of the freshman who jump started this team, and has me excited for the future. 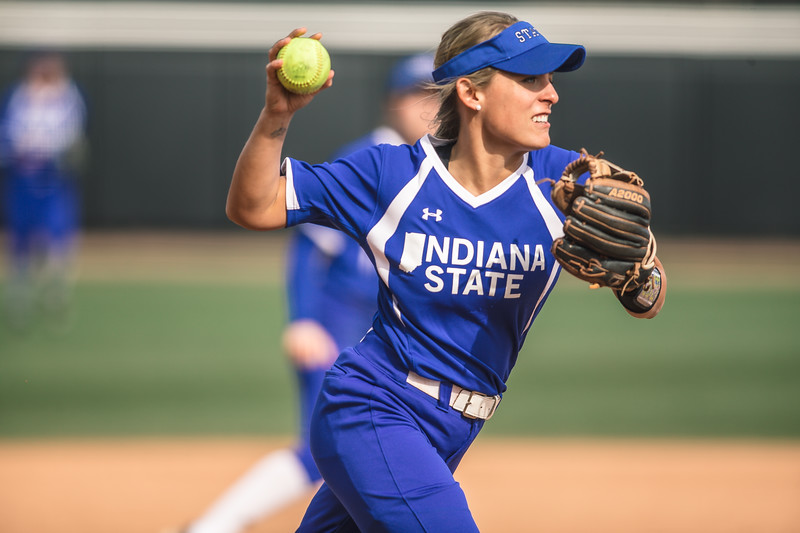 2. Shaye Barton makes a throw to first base here in this photo. There is something about the photo that I have liked since I made it. I think part of that is the fact that I am breaking some rules with where she is in the frame. 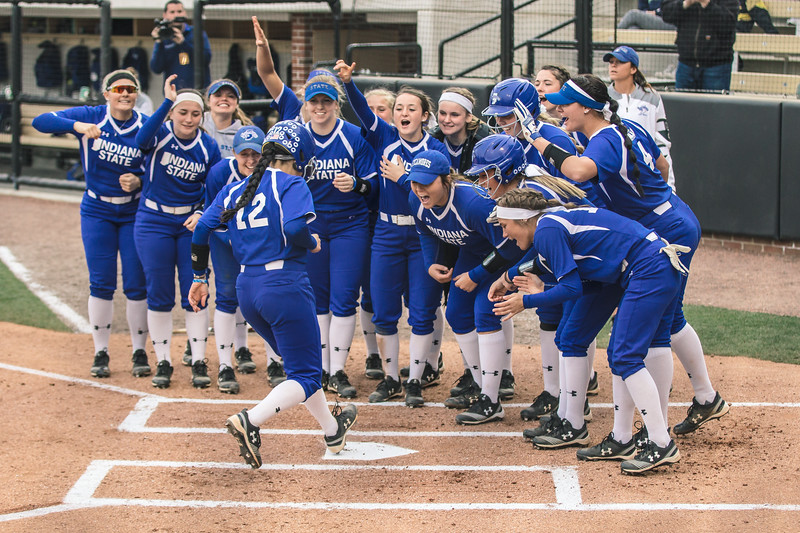 Well that is my eighteen favorite shots from last season. If you can’t tell by reading the post I am really excited to see what this team can do next season. They have a group that can do big things in the future.