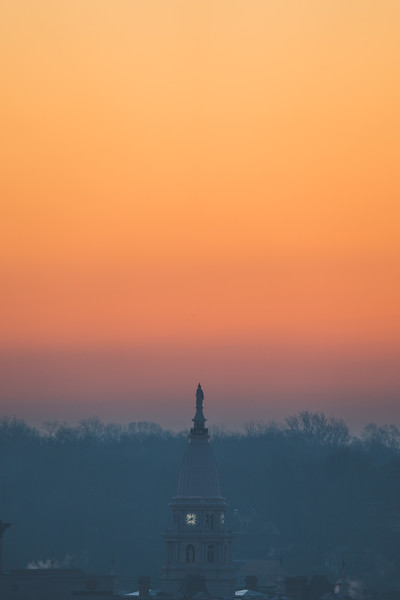 Turning Around For A Photo

At the beginning of the year I was on top of a parking garage to make photos of the moon rising over campus. Of course when you are making full moon photos while it is setting directly behind you the sun is rising. I kept an eye out on the sky back there hoping for some great color. As the light started to hit downtown Lafayette you could see a little fog around the city. That fog helped keep the city a little blue against that great orange sky. When you are making photos at 600mm you don’t need a lot of the sky to be colorful. Just a little will do.

While I was waiting for the photo I was also watching the sun rise over Lafayette. We had a brief moment where it did, and it was almost really amazing. If I could have went a few steps to my left I would have had the whole sun behind the top of the courthouse. One of these days I need to think about this image and try and plan it out. I have now just missed it with both the sun and the moon.  I had to get this photo one of these days.