Back At Mackey Arena

Yesterday I was back in Mackey Arena for another Sunday game. I have made a lot of photos inside of Mackey over the last few Sundays. It is getting to be tradition. Next week thought that trend will end. I really enjoy making photos in my town. There is nothing wrong with traveling, but on the weekend I really like the idea of just having a short commute to work.

During the second half of the game I traded in my 70-200mm lens for my Rokinon 85mm f/1.4 lens. I wanted to see what the extra stops would get me as well as force myself to make some different photos. At this point of the season I feel like I am just making the same photos over and over. Changing up the lenses forces you to think a little differently.

I spent a couple of minutes in the fourth quarter making photos at 1/25th of a second. Another way to break up the gallery is to pan with the athletes. In the short time that I was going to do this I didn’t think that I would come up with anything. A play at just the right angle though helped me make a photo that I really liked.

For the under the basket remote I used the Purdue Nikon Z7 and Z14-30mm lens again. For what I am doing it works very well, and I don’t have to know too much about Nikon to set it up. A remote is another great way to break up the gallery. You shouldn’t count on it to make photos though. It should always be a bonus. The remote deciding not to fire in the second half at all is a good reason not to count on remotes.

I love it when the former players come back. They just show you what a big family this program is. As you can see by the photo  the players have fun being back in Mackey Arena as well. 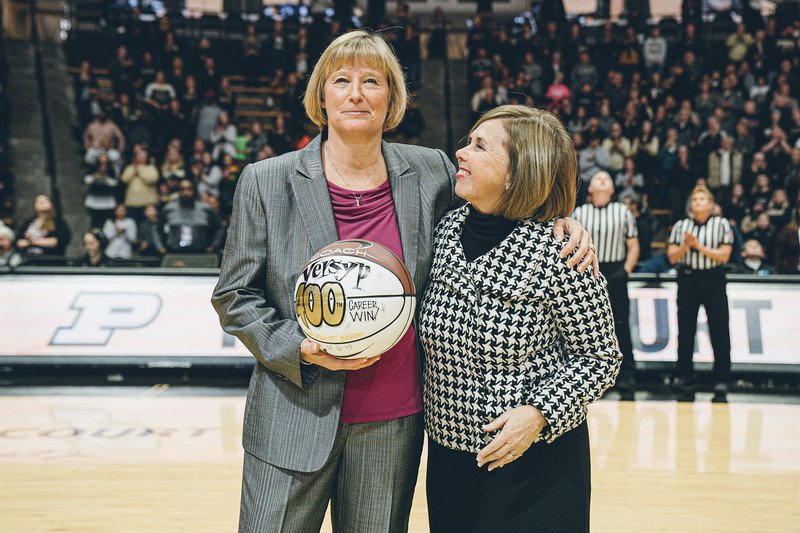 This year has been a year of milestones. This team will end up being one of the most accomplished teams in Purdue history as far as individual marks are concerned. It seems like I am photographing another ball presentation before every game. This game was the annual bobblehead day. With all of the accolades that these players are picking up I have a feeling that I will see them back in Mackey again on their bobblehead day.

Here is a link to my complete gallery for Purdue. I always enjoying putting these together, but they are even more fun after a win. 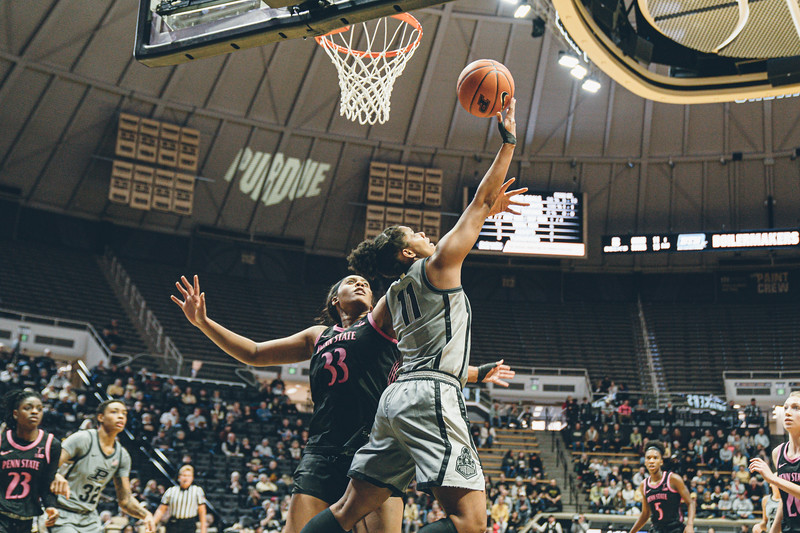 This was another fun week of making photos. I started and ended the week with women’s basketball. In between I had fun making wildlife photos as well as my Saturday walk making snokeh photos. You can see my favorite photos from last week here.