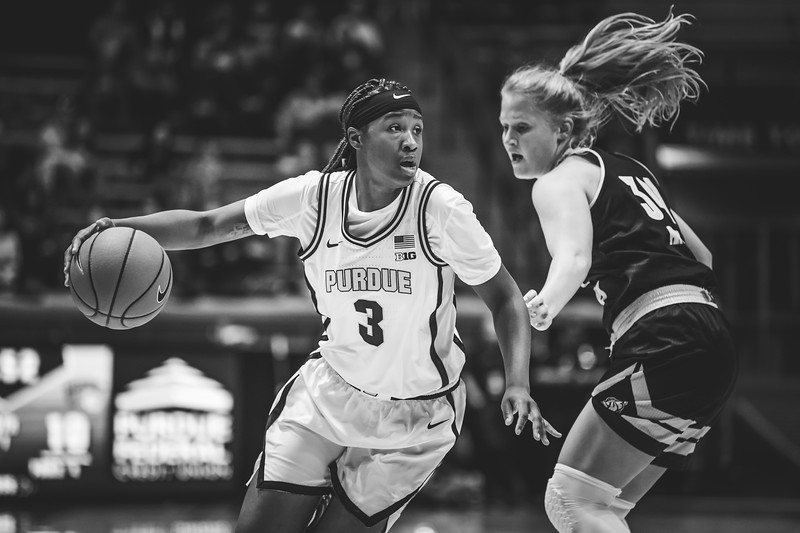 Trying A Few Things Out

I went to Mackey Arena on Sunday to try some things out. I did not have a good feel for the Nikon gear that I was using Saturday. I really had no idea how to do anything other than just make photos. I went to Mackey with the idea of getting to know the camera better. If Sony would allow FTP transfers to active servers this wouldn’t even be an issue. Maybe this is something that they can fix so that I can use the gear that I bought to use for sports. By the end of the game Sunday I had a better idea of how to get the most out of the Nikon gear. I turned the tracking sensitivity all the way up so that it would respond very quickly. I found that I had much better results after I did that. It was worth the time that I took to get used to the system a little more.

In the second half I played around with slow shutter speeds a little. I was not at the arena to cover the game so I decided to play around a bit. The colors of the opponent made a good background as a blur. I never really nailed the photo that I had in mind. I made a few that I liked, but I wanted something amazing. From the angle that I had though getting that photo involves a lot of luck. It was still a fun exercise at 1/15th of a second.

You can see my favorite photos from last week here.