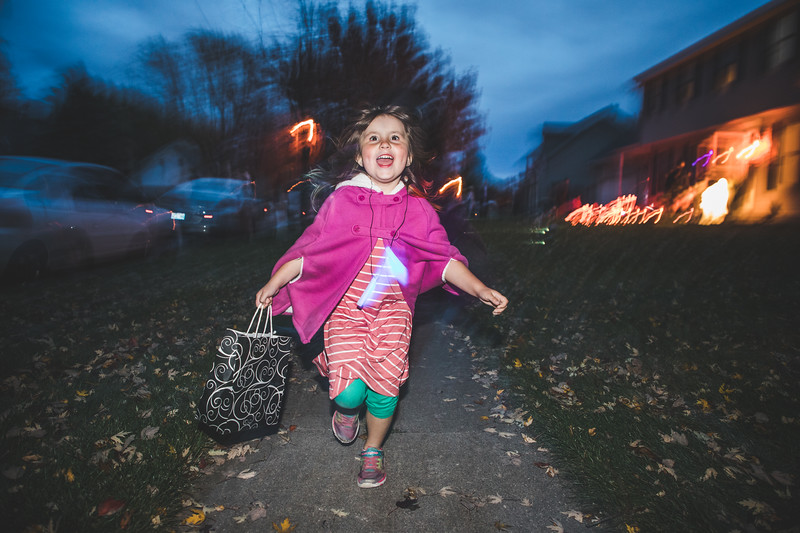 Last night was a blast! It was the first time that both kids were old enough to really get the true meaning of Halloween. Candy! They sprinted from house to house making me think that I would have to start jogging to catch up. We had a big group of people, but the mob was very efficient.

Dragging My Butt And The Shutter

Trying to keep up with the kids at the end of the day can be tough. I decided to have some fun during the blue hour last night though and drag the shutter a bit. Making sure I had a clean sidewalk behind me I ran backwards snapping photos of my daughter as she ran to the next house. It is a fun way to show the speed at which she got her candy.