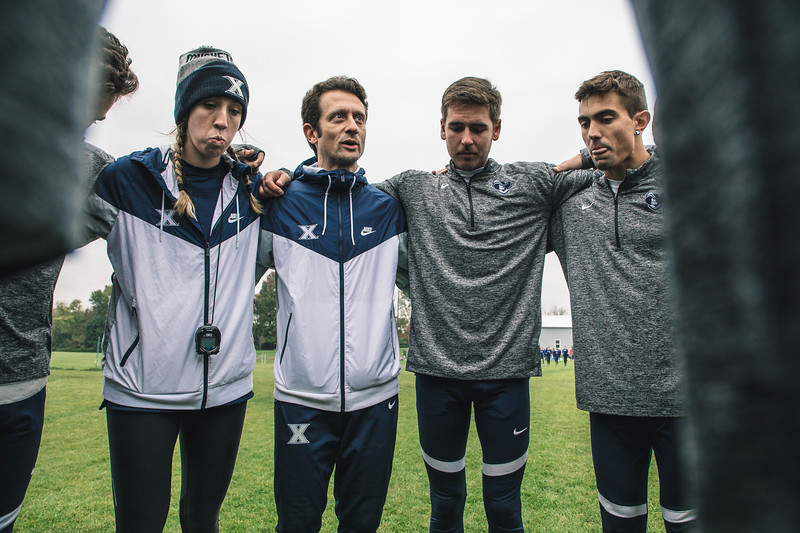 A few months ago Greg from Xavier asked if I would shot cross country when Xavier came to Indy for the Big East Championships. This was an easy yes as I love shooting these types of events. You have all kinds of emotion all over the place. I really don’t know cross country all that well. I mean I know they run the course, but the ins and outs are beyond me. I just find pretty backgrounds and sprint to them after the runners have gone by me. Before the race I try and come up with a plan that allows me to photograph multiple locations on each lap. For this race the strategy seemed to pay off as I had what I wanted when it was over.

When running around a cross country course you have to be really mobile. Instead of using my normal kit I used one that I thought would work well. Last year at the National Championships I used my 24-105mm lens and my 100-400mm lens to cover the action. This year with a new lens in the lineup I used the 24-105mm lens again, but I used my Tamron 150-600mm lens for my tight shots. I gained an extra 200mm which can be a big deal. Lugging my 600mm with two cameras on each side of me doesn’t make sense when running. This light kit helped me cover more ground and make a few more images. In a couple of weeks I shoot cross country again, and if the light is good I plan on using the same kit. 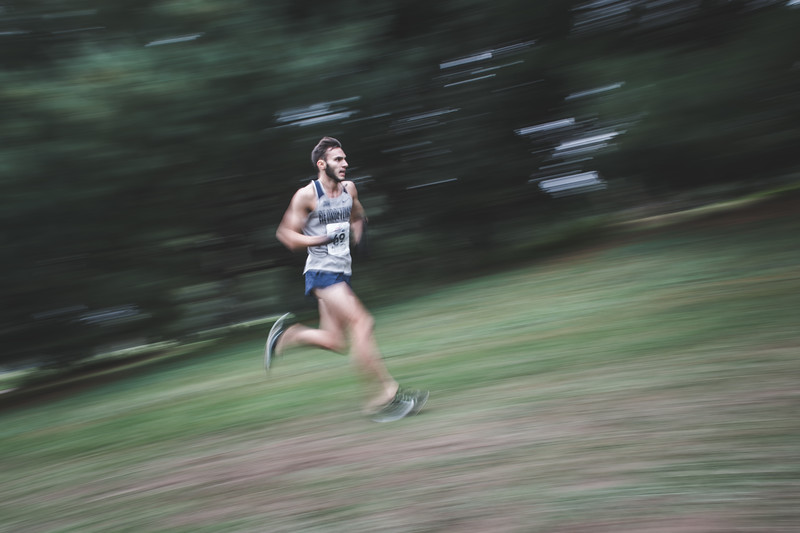 During one of the last turns of the day I decided to have some fun. I set my camera up for some panning shots to try and make something different. The men had one extra lap on the women so I already had more photos of them. Of course my favorite photo of the day came during a practice try with a team that I was not covering. It was still a fun photo from the day.

With the gray skies overhead I wanted to limit the amount of sky that was in most of my photos. I walked the course early to find some good backgrounds that I could run to. The changing trees were nice, but they really didn’t fit into the course well enough to put them in. One spot that I found was on a hill. I could shoot down a bit, and with a hill behind the athletes a ways back I had a nice out of focus green background. While walking this looks like a simple shot, but it ends up being one of the most visually pleasing that you can make. 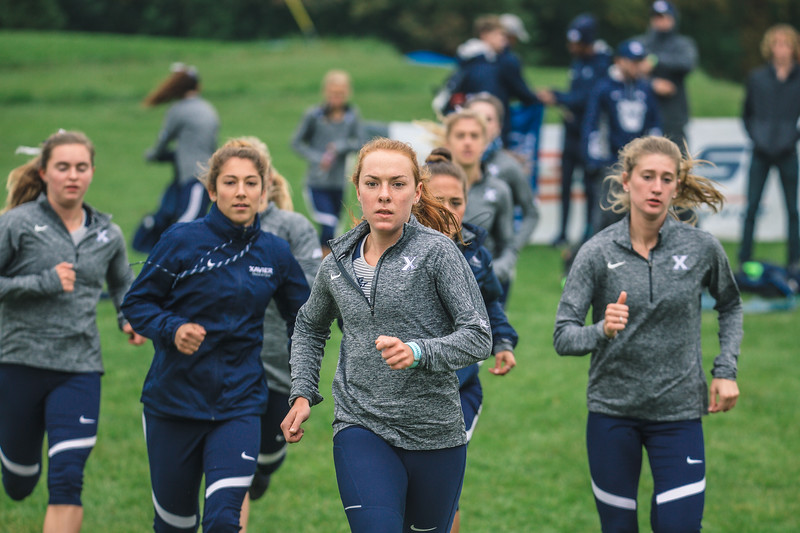 This week is a little different from what I have been posting. Don’t worry the birds are still there. I also was able to photograph cross country and roller derby again. Sunday before a shoot on campus I also walked campus to make some photos. It has been a while since I felt the need to make those kind of photos. It is a good feeling to be out there doing that again. With the fall colors really coming in I am sure that I will be out there again this week. You can see my favorite photos from last week here.